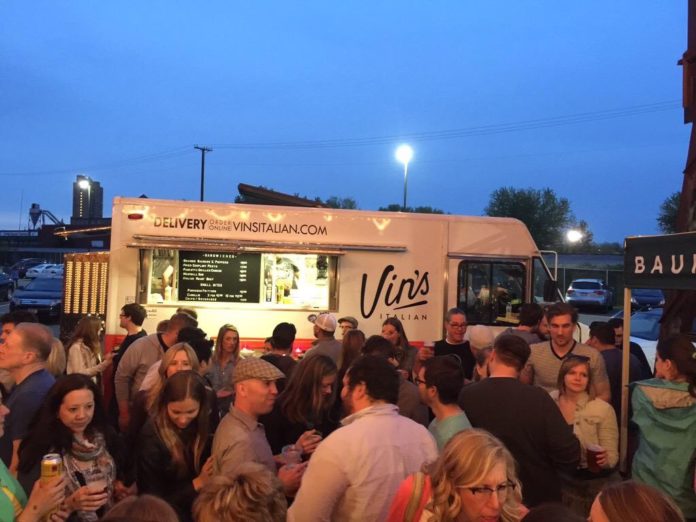 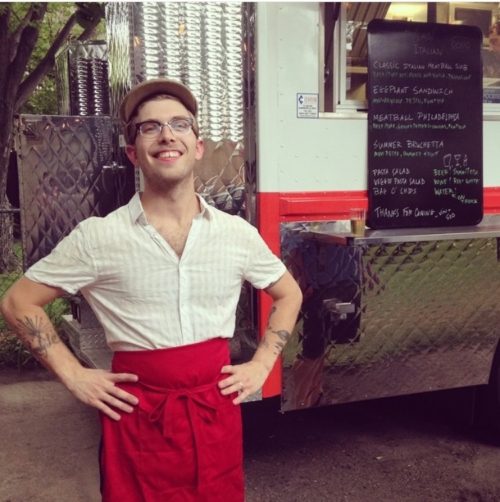 Vin’s Italian is fairly new to the Minneapolis food truck scene, just getting started in August of 2014. Vincent “Vin” Spica, the man behind the truck, says he was looking to work in an industry that was constantly changing, demanding and focused on food.

“Food trucks are exactly that,” he says.

With a background in commercial baking, pizza, grocery and candy, Vin has a vast knowledge in all things food, so a food truck wasn’t that out of the box for him. And, clearly, with a name like “Vin,” Italian food was great specialization for him.

Menu items include meatballs and Italian beef sandwiches—two of the more popular lunch foods—as well as cannolis and parmesan fritters, which are a hit when Vin’s Italian stops by local breweries

What is Vin’s favorite?

“Even after making thousands of them, I am still a meatball sub guy,” he says.

Most of Vin’s recipes are updated versions of family recipes, and cooking techniques used on the truck come 100 percent from family

“We always try to have at least five or six of our regular items on the menu every day, mainly because I would never want a person to be craving their favorite sandwich, and we don’t have it anymore,” Vin says. “As far as seasonal specials go, we are very lucky to be operating in a state where good local produce is a high priority, so we can keep working with what is in season. During the summer we change our specials every four to eight weeks.”

So he clearly found that ever-changing and demanding job he was looking for.

You can usually find Vin’s Italian on 6th Street and Second Avenue S. in downtown Minneapolis during the lunch rush. (Or, one of their busier spots is Bauhaus Brew Labs.) 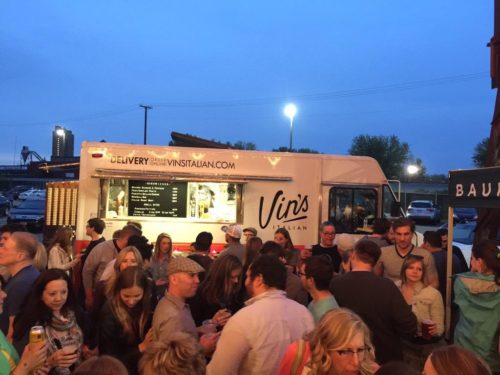 With the food truck scene continually growing and gaining popularity in Minnesota, who knows what the second year of Vin’s Italian holds.

“If the opportunity presents itself, I would love to do a proper Italian sandwich deli in Minneapolis,” Vin says. From one Italian to another, I say, “Sounds delicious to me!”