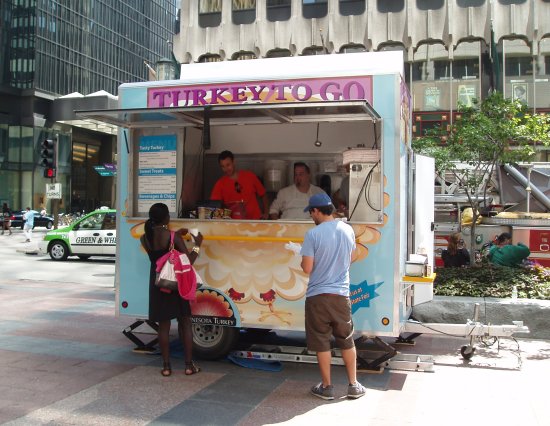 With the Twin Cities’ retail sector showing few signs of growth in occupancy rates so far this year, landlords struggling with stubborn vacancies are being urged by some industry experts to consider doing more short-term and temporary leases with grass-roots entrepreneurs.

Normally, retail landlords are looking to sign up established store concepts to leases of at least five years. This gives them the kind of long-term stability that adds value to their properties, and thus makes financing possible. But with consumers keeping a tight hold on their checkbooks, there’s been precious little growth on the retail real estate front.

The latest figures from the Cassidy Turley revealed no change in the Twin Cities’ overall retail vacancy rate of 7.9 percent in the first quarter of this year compared with the previous quarter. No geographical submarket showed more than sixth-tenths of a percentage-point drop in vacancies.

This stagnant market is proving a tough go for retail building owners looking to fill chronically empty storefronts and mall spaces. One way for them to cope is to turn to temporary and one-year leases to “keep the lights on” while hoping for a recovery among long-term users.

Opinion and advice pieces in recent retail trade publications have been touting the benefits of thinking creatively in tough times and are advising landlords to be more receptive to temporary tenants, who tend to be seasonal (such as Halloween costume and July 4th fireworks dealers), younger, entrepreneurial and experimental.

For enclosed mall owners, there’s also the continuing phenomenon of “pop-up” stores, in which manufacturers and others take a temporary space to try out a new product or concept, then fold their tents after seeing how it does.

A potential tenant believes there’s a need. Drew Levin, operator of the Turkey To Go mobile food truck at 8th Street and the Nicollet Mall in downtown Minneapolis, would like to try extending his seasonal success.

“I’ve got an idea to keep the truck operating year-round, in which I’d like to find an indoor space downtown where I can park it along with other food truck vendors in the wintertime and have people still come in to get their food,” he said.

Turkey To Go, purveyor of the “famous Giant Juicy Turkey Sandwich,” is a prototypical example of the kind of business looking for short-term leases. Owned by the Minnesota Turkey Growers Association, it’s had a concession stand at the Minnesota State Fair since 1959 and this year opened another concession at Target Field.

“We also have a turkey pushcart that we’re trying to find a short-term lease for,” Levin said. “But it’s not easy. It’s tough to find a commercial landlord who’s got the right kind of space and is willing to work with an unusual concept like that.”

Levin is working with retail broker Ned Rukavina of Northmarq Commerial Real Estate Services in his quest for the right space. Rukavina agreed that temporary tenants can provide some relief for the right landlords, but not all can use them.

“It’s hard for many landlords to do that,” he said. “It may help them to cover some of their costs to put a temporary tenant in. But their bankers will say, ‘well, that’s fine, but it’s not helping to stabilize the center,’ and it’s not really enhancing its value.”

Another limiting factor is that temporary users usually need to lay out their own money if they’re looking to improve a space to fit their needs, and since many of them are start-ups, they often don’t have the means to do so, Rukavina said.

Temporary tenants are nothing new to most major malls. They’ve used them for years to fill holes in store line-ups and as vendors in kiosks. They tend to be trendy and add vibrancy and vitality to the overall mall mix, said Lisa Taylor, specialty leasing manager at the Mall of America.

“Right now we have about 20 inline stores under short-term leases, and about 75 vendors overall in our specialty retailing program,” she said. “The numbers fluctuate over time.”

Taylor says she values the short-term tenants as an important piece of the giant jigsaw puzzle that is the MOA’s mix of stores.

“It gives local entrepreneurs a chance to try out their products,” she said. “A lot of times these sole proprietors can get products out right away when they’re hot.”

Perhaps no one in Minnesota has a better finger on trendy retail concepts than Ramesh Wahi, who has been a temporary leaseholder at the mall since its opening in 1992. His latest concepts include Fight Gear, which caters to fans of the Ultimate Fighting Championships, and Just Brew It, a novelty gift shop that taps into the beer craze.

“I’ve looked at spaces in strip malls and many landlords are looking for added revenue and seem willing to work with temporary tenants,” Wahi said. “It isn’t easy to lease the space, though. Some of it is too large for small vendors.”

All landlords, he added, could learn from he MOA’s effective use of short-term leases.