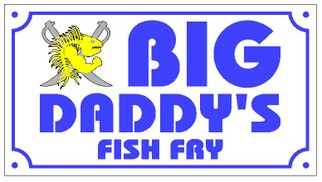 Two mobile food vendors in Tofino are left with the option of re-applying for temporary use permits after council voted against a bylaw amendment which would have allowed them to operate within the Official Community Plan.

The cost of a temporary use permit includes a $750 application fee and a $600 public notification fee.

However, it is council’s discretion on whether to grant the permits and there is no guarantee that will happen, according to Aaron Rogers, district manager of community sustainability.

Residents and restaurant owners filled the Tofino council chamber Tuesday in an attempt to understand and give opinions on the issue.

Jason Sussman, owner of Tacofino, and Luke Mussato, of Sugar Shack, both presented council with two different petitions to support the bylaw amendment and continued operation of their businesses.

Collectively the petitions had over 500 signatures from residents as well as tourists.

Debbie McCartney, of Big Daddy’s Fish Fry in Tofino, along with her staff attended the meeting to express their views on the issue.

“We have no problem with the existing mobiles that are in town, but [not] anything new. Between gas prices and the U.S. dollar, I’m going to have to lay off more people again this year and I can’t put in any more hours,” said McCartney. “It’s very hard on the small businesses in town. Our season is very short.”

“I think the Live to Surf location [1184 Pacific Rim Highway] is necessary for a stepping stone for becoming a Tofino institution,” said Chambers.

Chambers added that Food Network Canada will soon be premiering a food truck show that features Tacofino, which showcases the taco truck and the town.

Mussato said the current mobile vendors are not “roaming around” and are stationed in their commercial properties.

“It’s not right to pull the rug out from under established businesses,” he said.

Both the Sugar Shack’s hot dog stand and Tacofino have been operating under temporary use permits.

The bylaw amendment came about due to recent applications for those temporary permits.

“I’m concerned that in trying to address the problem for two people we’re actually not making a good policy choice here if we go ahead with this,” said Coun. Dorothy Baert.

Coun. Gord Johns said the bylaw only affects five properties, only two of which currently have vendors on them.

“I think this is a solution to those vendors that exist right now and the public overwhelmingly, from what I understand, supports the vendors in the places that exist today,” said Coun. Johns.

Johns said it is unclear if the three remaining properties will develop or consider having mobile vendors.

The five properties deemed suitable by the bylaw have proper parking and washroom facilities.

Coun. Michael Tilitzky said there is confusion between zoning and licensing in the bylaw amendment.

The concern among some councillors was also that if the bylaw amendment moved forward, it could not be reviewed in the future.

The motion was defeated with all councillors — except Coun. Johns — voting against the bylaw amendment.