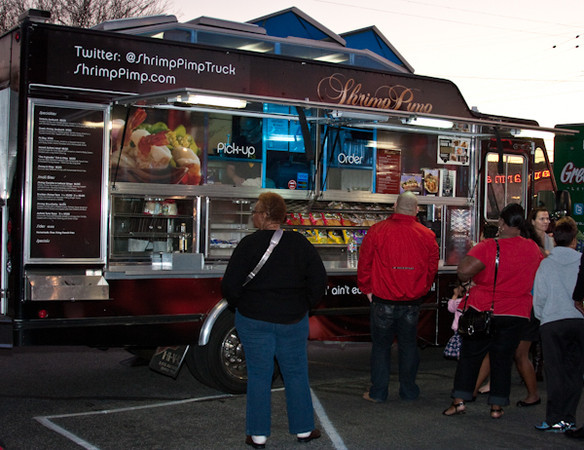 Altadena’s newest monthly event, Fancy Food Truck Fridays, is at risk of being shut down due to a potential county code violation, according to one of the event’s organizers.

The news was first reported Thursday morning on the Altadenablog, and organizer Meredith Miller, the co-owner of Webster’s Community Pharmacy confirmed it.

Miller said that she is still trying to get in touch with the right person in the county to discuss the issue, which she said has to do with parking.

She said she was told that the county received a complaint from somebody in Altadena.

“One person who complained and it was enough to get the ball rolling unfortunately,” Miller said.

The event, which kicked off last month, featured four food trucks in the parking lot behind Webster’s along with tables for people to sit.  Most at the event had to park on the street to attend.

She said it is too soon to say whether the second food truck event, scheduled for March 11, will still go forward, but said she believes she may need to apply for a conditional use permit, which would be very costly.

A county planner told the Altadenablog that he is hoping to work with the organizers to come up with a solution.