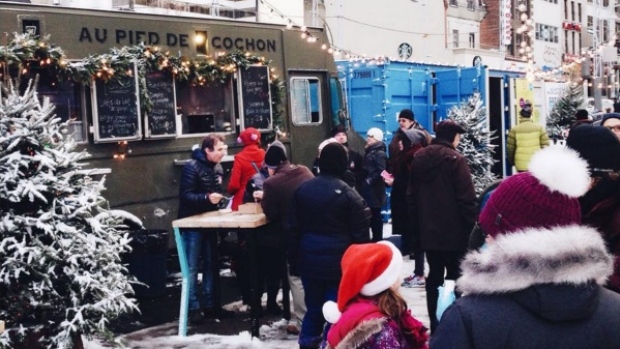 For the first time this winter, the City of Montreal is allowing food trucks to operate year-round; no easy task with snow falling and having to serve customers in the cold.

Annie Clavette is the owner of DAS Food Truck as well as Gras Dur restaurant on Jarry Street East near Papineau Avenue.

“It’s tough, it’s really tough. First, it’s really cold. You have to find the people who want to work in the cold weather,” she told CBC’s Daybreak.

“You also have issue about the snow. You have to shovel the truck, you have to be able to access to the customers. It’s hard.”

Clavette says she invested almost $10,000 for each of her three trucks in order to winterize them, a necessary investment.

“We are in Montreal. We are in Quebec and we have the winter every year, so we have to work with it,” she said.

The city has designated six areas where food trucks can go during the winter.

The city also keeps a calendar of where each food truck can be found on any given day.