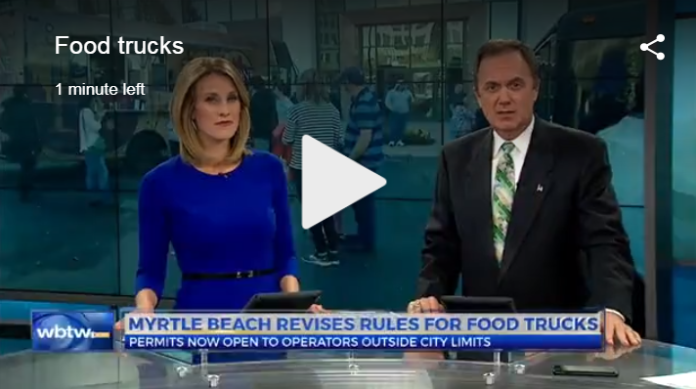 MYRTLE BEACH, SC (WBTW) – Myrtle Beach is trying to bring food trucks downtown, but no restaurants have applied, so the city is changing its rules.

The city of Myrtle Beach is now allowing outside restaurants to apply for food truck permits.

“There are plenty of food trucks ready and waiting for this moment to where we can operate,” said Basilicato.

“I think there will be a rush to get those first six permits now that we’ve opened it up to a food truck/kitchen combination literally anywhere,” said city spokesperson Mark Kruea.

With permission from store owners, food trucks can operate in the busiest areas of Myrtle Beach.

“I’m sure there’s going to be opportunities for me to make money and other local businesses to make money,” Basilicato said.

Basilicato says he’s already planning if his truck is picked to serve up burgers in Myrtle Beach.

“I’ve got my application actually filled out now,” Basilicato said. “I’m working on lease agreements with other businesses in the city that have talked about possibly partnering up with a food truck.”

If you want to apply for a food truck permit, you’ll have to get an application at the city services building on North Oak Street in Myrtle Beach.