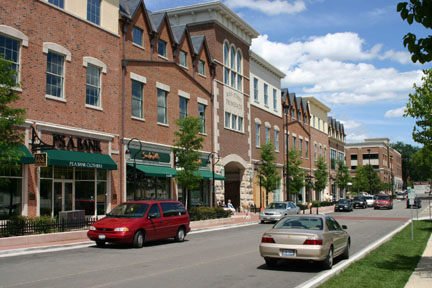 NAPERVILLE, Ill.— The City of Naperville’s process to consider vendors for its 2012 Downtown Mobile Vending Cart Program is now underway. License applications are being accepted through Wednesday, November 2, 2011.

The City has four available locations for free-standing vendor carts, and vendors awarded licenses will be authorized to operate in the 2012 calendar year. Desired vendors should be able to introduce a food element not currently found within the downtown to cater to an unmet need. Proposed vending operations must enhance, not detract from, the pedestrian and family friendly atmosphere of the downtown and also contribute to the overall downtown ambience.

One vendor is currently operating a free-standing vendor cart in downtown Naperville. The City wishes to fill all four of its available locations next year to continue to enhance the overall ambience and vitality of the downtown area by providing an accessible outdoor location for visitors and employees to conveniently dine.

To qualify for the program, vendors must submit an original hardcopy and copy of their proposal, as stipulated in the Request for Qualifications (RFQ), to City of Naperville, Procurement Services Team, Attn: Theresa Dobersztyn, C.P.M., CPPB, 400 S. Eagle St., Naperville, IL 60540. Applications are due by 2 p.m. on Wednesday, November 2, 2011.

About Naperville: Located 28 miles west of Chicago, Naperville, Ill., is home to approximately 145,000 people. This vibrant, thriving city consistently ranks as a top community in the nation in which to live, raise children and retire. The city is home to acclaimed public and parochial schools, the best public library system in the country, an array of healthcare options and an exceptionally low crime rate. Naperville has ready access to a variety of public transportation, housing and employment options. The city’s diversified employer base features high technology firms, retailers and factories, as well as small and home-based businesses. Residents also enjoy world-class parks, diverse worship options, the opportunity to serve on several city boards and commissions, a thriving downtown shopping and dining area, a renowned living history museum known as Naper Settlement and an active civic community. For more information, please visit our website at www.naperville.il.us.