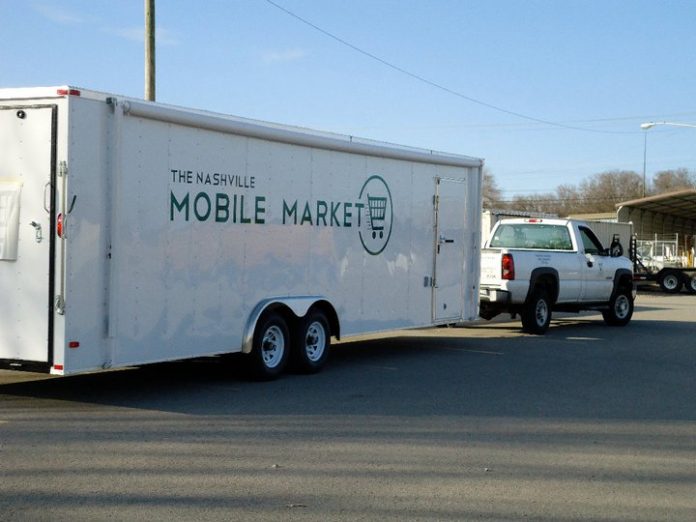 The Nashville Mobile Market was robbed Saturday morning while at the Parks at Hillside stop on its weekend route. A man, after loitering inside the trailer containing the food for some time, grabbed their moneybox and ran outside.

Although the man apparently dropped and picked back up a gun as he fled, none of the food truck’s volunteers or customers was harmed. Police arrived quickly at the scene but were unable to track down the perpetrator.

In a letter to Mobile Market volunteers sent out the day after the robbery, Patel emphasized the utmost importance of the safety of volunteers and customers, and detailed a few measures the organization will be taking to deter similar events from occurring.

They will be taking two stops, including the one where the robbery occurred at, off of their route, favoring instead stops that are on busy roads with high resident traffic and with more local security measures. They will also be working with Vanderbilt University and local organizations for further advising on how to keep their food trailer as safe as possible.

The Nashville Mobile Market is a social enterprise organization run by Vanderbilt graduate students that works to provide affordable food for areas of Nashville where it isn’t easily available. They bring products to these areas in a trailer, where locals can come in, browse and purchase them at reasonable prices.