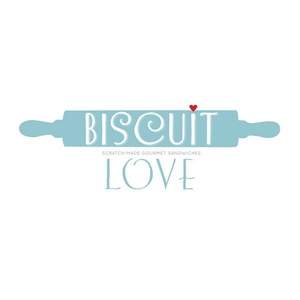 Think of it as a golden ticket, Willy Wonka-style. But in this case, it’s a biscuit.

As the latest food truck called Biscuit Love prepares to hit the streets of Nashville next month, chef/owners Sarah and Karl Worley are hiding “golden biscuits” around town and posting clues to the scavenger hunt on the truck’s twitter feed. The winner who finds the “golden biscuit,” which is actually a paper ticket, can cash in the prize for free biscuits from the truck for a year. The fourth and final challenge begins today with clues @BiscuitLuvTruck.

The Biscuit Love Truck will serve its scratch biscuits to the public for the first time on April 6 at the Meat ‘n 3 event at the Nashville Farmers Market. Menu items will include an East Nasty biscuit with buttermilk fried chicken, Kenny’s Farmhouse cheddar and sausage gravy, as well as The Gertie with caramelized banana jam, house-made peanut butter with pretzel crunch and Olive & Sinclair chocolate gravy, among other options.

The couple worked in local and sustainable food while living in Durham, N.C. They attended culinary school in Denver, and then landed in Nashville to be near family.

Initially, Sarah Worley said the couple leaned toward a hot chicken truck, but had trouble making the bird accessible to people who aren’t into spicy cuisine.

“Karl makes great biscuits, and we kept going back to the biscuits,” she said. “Then we were able to do a little play on the hot chicken.”

The Biscuit Love’s hot chicken homage is called The Princess, and it stacks hot chicken, honey, house-made pickles and mustard.