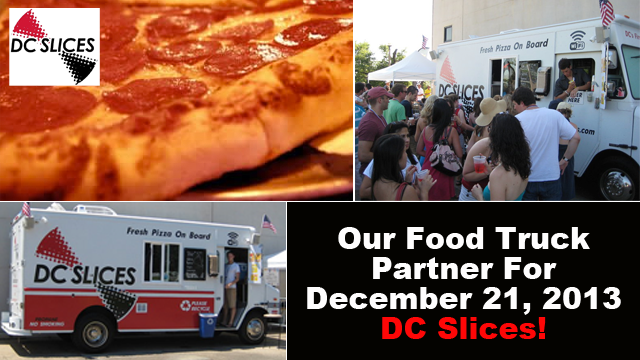 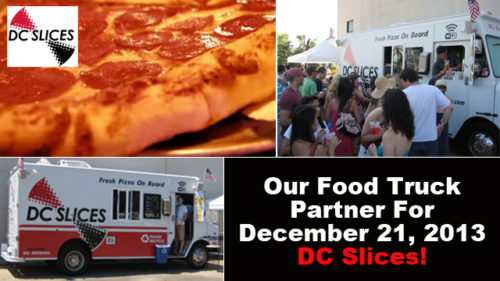 Charity crowdfunding site Crowd It Forward and veteran-owned food truck DC Slices will feed lunch to homeless Washington DC veterans on December 21st. This “Random Act of Crowdfunding” combines support for a veteran-owned small business with assistance for veterans in need. The program, entitled “The Least We Can Do Is Buy You Lunch”launches in our nation’s capitol and wants to expand to cities across the country in 2014.  Crowd It Forward will partner with a local veteran-owned food trucks in each city.

“This is the season of giving, where we are thankful for what we have,” says Crowd It Forward founder Kendall Almerico. “During the holiday season, the least we can do for veterans who put their lives on the line for our freedom is to support their small businesses, and to assist those who have fallen on hard times.”

Crowd It Forward is looking for veteran-owned food trucks in cities across the country to participate in taking this program to help homeless veterans in their cities.

“From the humble beginnings of this first event in our nation’s capitol, we look forward to expanding nationwide and helping veteran small businesses and homeless veterans all across the country,” Almerico says. “We already have heard from food trucks and veterans around the country willing to help.”

This Crowd It Forward campaign was inspired in part by Chris Cox, the one man Memorial Militia and Lawnmower Man, who went to Washington DC during the government shutdown to clean up the National Mall so that it would be safe and presentable for the veterans who were scheduled to arrive for a visit. Crowd It Forward raised funds to purchase Mr. Cox a new chainsaw to help him with his goal of taking his mission to help veterans nationwide. Crowd It Forward and Mr. Cox announced The Least We Can Do Is Buy You Lunch” at the chainsaw presentation ceremony at the Lincoln Memorial on November 13, 2013.