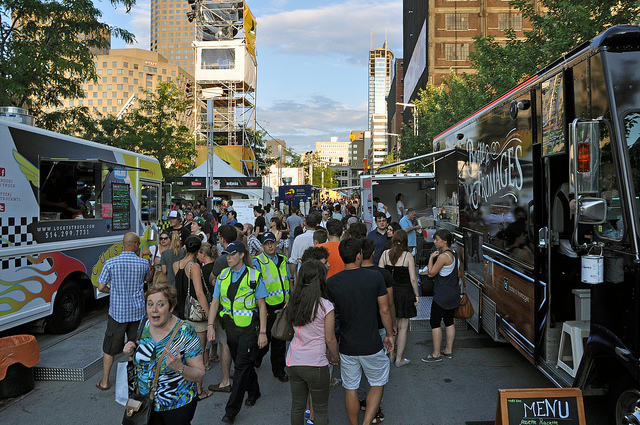 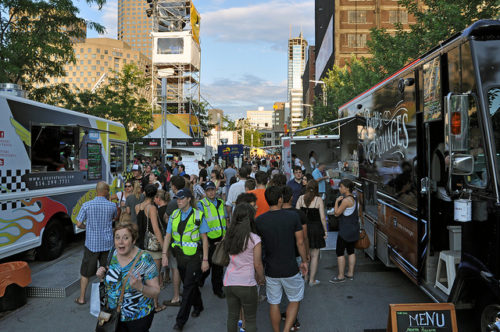 Compared to the fast food industry, the food truck business in the United States is tiny. Food trucks bring in an estimated revenue of over $1 billion per year. But while the industry is still growing, fast food restaurants in the U.S. bring in $191 billion per year in revenue.

So why exactly should the fast food industry pay any attention to their food truck competitors? Because people who eat at food trucks would have been eating fast food.

That’s according to a new survey from The NPD Group which asked patrons of food trucks where they would have eaten if the food truck option wasn’t available. The results? About half said that would have obtained their food or drink from a fast food restaurant, 20 percent would have just skipped the meal. According to the report:

The top reasons consumers gave for using food trucks related to availability of “interesting” foods and convenience, which are the traditional strengths of QSR [quick service restaurants] outlets, according to NPD. Since the top foods typically offered by food trucks are hot sandwiches, Mexican foods, cold sandwiches, and soups, Mexican and sandwich QSR places may view food trucks as more direct competition than other restaurant categories. Dayparts are another way in which food trucks compete with QSR outlets since the trucks are primarily used for lunch and snacking, which is likely due to the specific location and the food/beverage/snack items offered, finds NPD.

Overall food trucks aren’t competing with the national restaurant industry as a whole. However, says Bonnie Riggs, NPD’s restaurant industry analyst, “in markets with a developed food truck presence, QSR operators may wish to take note of the benefits food trucks offer, such as different and fresh food, especially as a means to build their snack business and/or protect lunch traffic.”