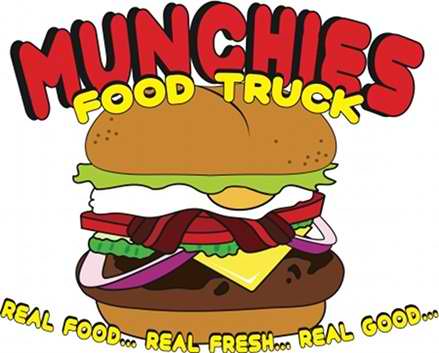 New London, CT – Aiman Saad, owner of the Munchies Food Truck, said he lost more than $400 when police told him that his food truck was not allowed to park on State Street Friday afternoon.

Saad said that since April he has been selling food from the truck around the city, including the State Street location across from The Parade.

Saad said he was told by Deputy Police Chief Marshall Segar that based on his permit, he was allowed to park there only from 5 to 7 p.m.

“That is the slowest possible time,” Saad said. “I’ll go bankrupt. We lost so much money today.”

Saad said the city is suddenly holding him accountable to a handwritten note he wrote on the permit that said he would sell food on State Street from 5 to 7 p.m.

But Saad said the same permit also states he could sell food from 11 a.m. to 6 p.m. at two-hour intervals at any of the locations the permit allows him to take his truck to.

The colorful truck could be seen for a couple of hours on State Street and other locations downtown, as well as on Pequot Avenue and in the parking lot at Shaw’s Cove.

“Why all of sudden are they trying to enforce it?” Saad asked.

Saad said he and his wife, Manal, checked all the city’s rules, regulations and restrictions before investing about $80,000 to turn a panel truck into the Munchies Food Truck.

They paid $200 for a vending permit, met all the health codes and even got fingerprinted.

The Saads’ business is in further jeopardy when they learned they were issued a permit based on an outdated ordinance. The new ordinance, which resulted from a 2007 amendment, does not allow parking for more than 30 minutes at a time and restricts vendors from selling anything downtown in the so-called Central Business District.

The police department receives applications, reviews them and makes a recommendation to the city manager, who issues the permit.

“The city held my permit for three months as my truck was built, and I was told there was no problem,” said Saad. “We are trying to work with the city on this, but we may have to pursue our legal options.”