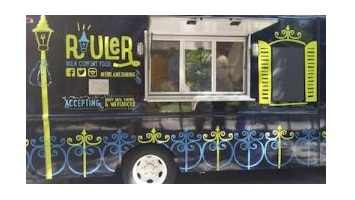 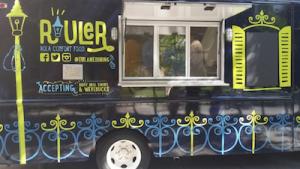 Tulane students are often accused of an ivory tower lifestyle removed from the actual City of New Orleans. However, today international food services giant Sodexo announced that Tulane kids will not be denied the opportunity to indulge in the food truck trend. On Monday (8.31), the University is rolling their own food truck, only for meal plan subscribers.

Following the success of last year’s launch of the Ironsides Waffles food truck at Tulane and Loyola, Sodexo decided to up the ante. Tomorrow, the dining service will debut Rouler, a closed-to-the-public mobile kitchen on campus accepting only meal credits and Wavebucks. A Sodexo spokesperson said that this will be the first meal-plan only truck in America.

“Rouler allows us to serve students their New Orleans favorites – gumbo, po boys, red beans – almost anywhere on campus,” said Tom Beckmann, C.E.C., Sodexo General Manager in a statement. “Tulane students come from all 50 states and can’t get enough of the local cuisine. Rouler will be able to offer that to students throughout campus, not just the main dining hall.”