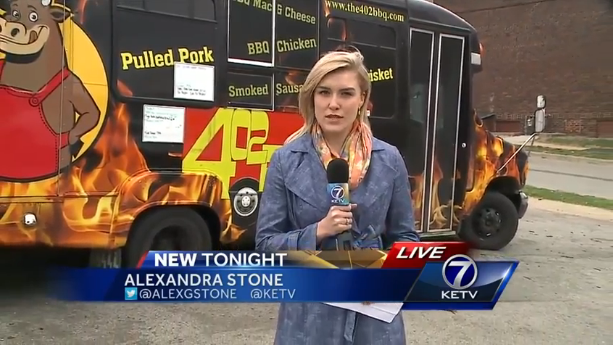 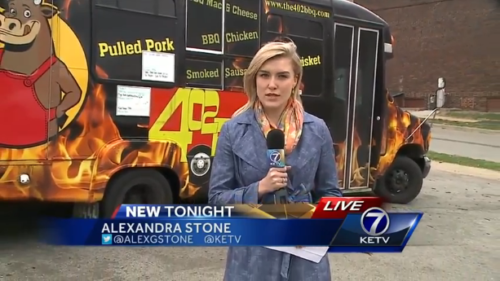 OMAHA, Neb. —A stretch of Gene Leahy Mall will be filled with food trucks on Thursdays from July through September.

It’s the latest step for the city and the growing Omaha Food Truck Association in finding a place for the vendors to park and sell legally.

“That’d be totally awesome. I’d be up for it, especially if there’s a variety of food to try,” Brandy Lee Cox, eating at a food truck Tuesday, said.

Keegan, who owns Chicago Dawg House and the shop’s food truck, said the group formed earlier this year and in just a few months is finding solutions that seem to work.

As KETV NewsWatch 7 has reported before, there has been tension between the food trucks and the brick-and-mortar businesses in Omaha’s downtown.

City ordinance currently says it’s illegal to park a vehicle for longer than 30 minutes for the purpose of selling merchandise, but some trucks do anyway and pay the ticket as a cost of doing business. Others stick to private lots.

The city has called the current ordinance out of date and the Food Truck Association says it is working with the city to amend the code to include some ability for vendors to park and sell on the street.

“The city’s been awesome,” said Jarrod Lane, executive chef for Peanut Butter Johnnys. “They’re being very helpful. It’s going to take some time to get to move past the current regulations, and that’s just the wheels of policy turning slowly.”

For now, the weekly event on a major downtown street is a step in the right direction.

“The city realizes that food trucks are part of the fabric and they need to be,” Keegan said, “They are in big cities.”

“There’s sort of a culture to that that I really appreciate,” said Tom Bolster, a Union Pacific employee. “I’m never sure how fair it is to the local restaurants, but at the same time as a consumer, I really enjoy it.”

Keegan said the event is slated to start July 7 and run through the beginning of September.