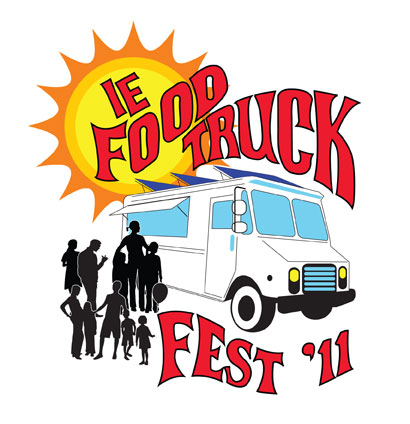 It’s been almost a week since the inaugural Inland Empire Food Truck Fest, and I’m still thinking of all the good food I had.

Folks came out in droves for the event on Saturday at the Citizens Business Bank Arena in Ontario – 11,800, according to the promoters.

That’s a lot of hungry people!

VIP early-admission tickets sold out a few days before the event, and a lot of those people got smart and waited for the Grilled Cheese Truck, which was one of the only trucks that had a line before the festival opened to those with general admission tickets. Of course, their line kept growing and growing as the day went on.

Our luck was good, as we got the very last bit of chicken (a pair of wings) from the LudoTruck,

and one of the last dozen waffles from Waffles de Liege.

The event wasn’t without its minor problems. With so many people in attendance, most of the trucks had long lines. Several of the more popular trucks ran out of food about halfway through the event. Also, it would’ve been nice to have more places to sit … and more shady spots.

Nothing that can’t be fixed for next time.

I also found out that San Bernardino and Riverside counties are the only two counties in the state that actively ban food trucks.

Let’s hope that the success of this event will show our county supervisors that food trucks are something that should be allowed here in the county.

In an interview during the “Let’s Dine Out” radio show’s live remote broadcast from the festival, Supervisor Janice Rutherford mentioned that a fact-finding report might be brought before the board within the next couple of weeks.

She also mentioned that those in favor of lifting the ban should contact their supervisor and let him or her know before the board puts the issue to a vote.

Head to the blog (www.insidesocal.com/dine909) for information on how to contact your county supervisor.