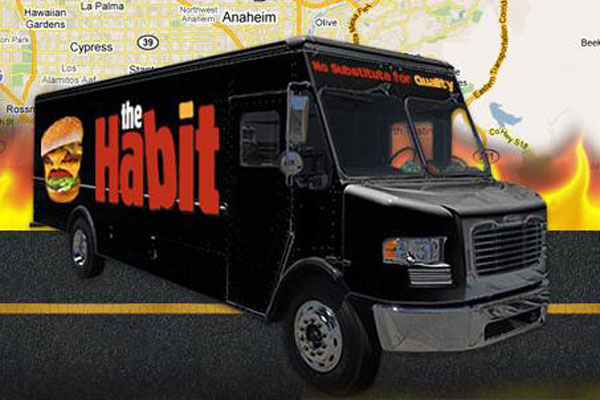 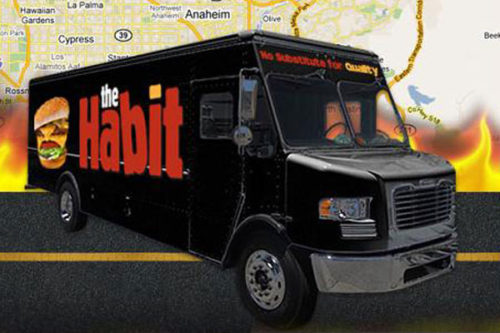 A second food truck from Irvine-based Habit Restaurants LLC is set to roll next month as the company also continues with its plan to open at least 20 new restaurants this year.

Habit Burger operates a chain of 69 Habit Burger Grills, mostly in California, along with Arizona and Utah.

The company launched its first truck in late 2011 and has seen an average of one private event daily since the rollout, prompting Habit to purchase a second truck that’s expected to be based out of Orange County for service throughout Southern California.

The company sees the truck as a good marketing tool and will roll out more based on demand, said Vice President of Marketing Mike Mirkil.

“We would love to put trucks in all the markets where we have restaurants, but these are custom-made. They’re not cheap. We don’t buy used; we buy them brand-new,” Mirkil said. “We don’t necessarily look at it as a revenue-generating vehicle. We really think first and foremost the Habit truck is a great branding device.”

“Over the last year, we have seen continued and new competition from not only burger players but also continued competition from non-burger chains,” Mirkil said. “More sandwich chains are calling themselves fast casual, and pizza chains calling themselves fast casual are popping up. They’re not direct competitors with us, but the fast-casual segment is continuing to get more and more crowded. If we focus on creating one better burger at a time, we’ll do just fine.”

The company launched earlier this week the promotion of its Santa Barbara-Style Charburger, a $5.45 sandwich made with two beef patties topped with avocado on sourdough bread.

Habit partners with the California Avocado Commission at least once annually to promote a sandwich or salad item that includes avocados from California farmers.

The promotion will include the commission’s logo on in-store merchandising expected to run through early June.

Habit Burger has opened five restaurants over the past few months, including the company’s entrance into the Utah market, followed up with a second location in that state last month.

“We have more than 20 stores planned for this year, so the second half’s going to be busy this year,” Mirkil said.

Habit is set to open a second Irvine location in the summer that will be a drive-thru. The company, which offers more of a sit-down environment, currently has drive-thrus at its Northridge and Visalia restaurants.

“We’re feeling better right now about drive-thrus, because we’ve got a couple,” Mirkil said. “We feel as though we understand drive-thru. So now that we’re feeling OK, if the right sites present themselves, we’ll open more.”