NOV 19 12 – 10:50 AM — Ottawa’s food truck landscape promises to get even more diverse now that city council has approved loosening its licensing rules to allow 20 more street food vendors — for a total of 64 — across the city. Licensing will be decided by a panel that will consider an applicant’s business plan, qualifications, experience, presentation of the cart or truck, diversity and menu innovation.

And the latest entrepreneur showing interest says he’ll bring street food to a new, higher level with plans to tour local festivals, in addition to applying for a fixed spot on a city street.

Chef Ben Baird, 39, who opened the acclaimed 40-seat Urban Pear restaurant in 2002 on Second Avenue in the heart of the Glebe, says he’s already purchased a used courier truck, which he plans to have outfitted and running by spring 2013, to be called Ottawa Streat Gourmet (Twitter @StreatOttawa). “When I bought it I was planning on using it for festivals, fairs, farmers’ markets, catering and some other fun projects,” Baird says. 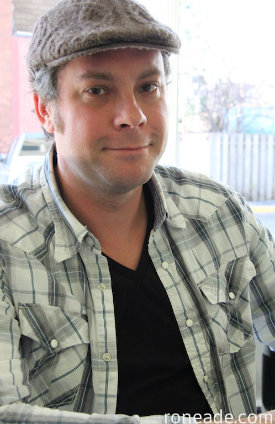 “The truck will be able to run all gas appliances and electrical for two days without plugging in or filling up with gas. It has an onboard propane generator to give me the juice it needs.

“Since the city announced it is opening up some 20 food truck spots, I am actively persuing that direction as well as looking into a few locations where I could park off-street.”

I caught up with Baird yesterday at the restaurant to flesh out his proposal. Here’s the interview:

Why a food truck?

Ben Baird: I’ve always wanted a food truck, it’s been a dream of mine since I was a young chef. And it’s time where The Urban Pear needs something new. I’m not bored, but just looking for a new adventure.

What about a food truck appeals to you?

The versatility of it. I can go anywhere with it, I can follow the crowds, I can do a wedding for 200 people in the middle of a field somewhere. It’s versatile, it’s fun, it’s different, with low overhead. With staff requirements I can run it myself. It’s just an easy startup.

Would you keep The Urban Pear restaurant?

A city street permit would be for a specific location, while by catering to festivals or setting up with permission on someone’s parking lot you could move around. Is a fixed street licence what you’re really looking for?

I’m going for the street permit, but that’s not the only thing the truck’s going to do. I’ve already done plans for catering next summer and have been talking to some wineries in Prince Edward County where we’ll do winemaker’s dinners in the vineyard.

Do you know what street location(s) you’re interested in?

They haven’t released the spots yet. They released the applications on Friday, which I got a copy of. It’s a pretty intense application process, but they’re still looking into which spots are available. I would want to be downtown, I’m looking for a downtown spot. I’m also talking to a few people about potential parking lot spots, so we’ll see where that goes. The Trailer Pork Boys (on Carling Avenue) have a great location with parking and room for tables.

I’m looking to do lunch business, downtown where I could hit the office towers, government workers, with a healthy alternative to the usual.”

What kind of cuisine do you see yourself doing?

The truck’s going to have a changing menu that evolves every day. Just like here in the restaurant, it’s going to be ingredient-based. Obviously it’s going to be hand-held and portable food. I’m thinking there’s always going to be a braised meat sandwich, there’s always going to be a vegetable sandwich. The meat will probably be like a braised meat sandwich, or grilled. I mean, I’m not opposed to hamburgers but it will be a quality product, it will be local meat. It would be just street food done on a higher level with good ingredients. I’ll do a pierogi day, I’ll do a meatball day, a fried ravioli day, a pasta day, but it’s all going to be made on the truck and sourced locally. I’ll do tacos, but not every day. I’m not going to be a taco truck, but if I feel like making tacos one day then I’ll make tacos. 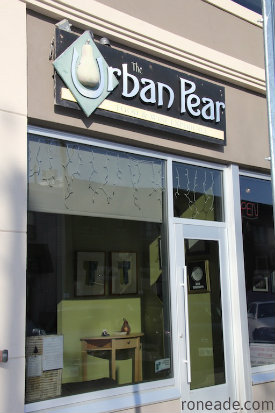 If I make a sausage I’ll incorporate a sausage, but I doubt that you’ll see just a sausage on a bun unless I’m going Oktoberfest.

I definitely see myself doing brisket. I don’t have a smoker for the truck yet, but that’s something I would probably add later. I have a stovetop smoker in the truck now, but a trailer smoker? Maybe one day. I also thought about having a trailer espresso cart so I could do a trailer behind the food truck with espresso, cappuccinos …

What will be different about your truck?

It’s going to be owned by me, that’s a main difference. There are a lot of new trucks coming out and I don’t know what other plans are out there. I’m going to stick to my guns and just produce the best product I can find. I mean, I’d like to work with other trucks too and get a fleet going. In other cities in the United States and in Toronto, I think, there are food truck festivals. On Fridays in Toronto they all go to the Sony Centre and you get trucks parked there; people flock there to have street food, so I’d like to be friends with everyone and be able to work together as a group with food trucks.

Would you still go forward if you don not get a city street licence?

Tell me about this truck you have purchased.

I think it’s a FedEx or Purolator truck, an 18-foot truck. The truck was just purchased last weekend and it’s getting shipped to Kitchens on Wheels in Alexandria, near Vankleek Hill, on Monday or Tuesday, who will build it. He makes trucks across North America, so he knows food trucks. He has eight of his own.

What kind of investment does this represent?

It’s about one-quarter of what I spent on The Urban Pear. It’s about $60,000 for the whole shebang, but that doesn’t include licensing and permits, but it’s an equipped truck ready to roll out …

During Bluesfest this year the restaurant had a quiet two weeks, and I think a lot of restaurants in the city feel that. So I started thinking, I want to follow the crowds. I don’t really want to take The Urban Pear to Bluesfest and cook out of a tent because it gets hard and I can’t do volume food. But if I have a truck then I can drive to Bluesfest, I can follow the crowds. I mean, Ottawa’s a festival city.

I’ve sent a lot of emails to festivals, and mostly they say get back to us in the new year. But I have some creative themes. One of my ideas for Bluesfest is I’d like to have a tent with tables – I haven’t really talked with them about this, so I haven’t had enough feedback – but I’d set up a sort of pop-up restaurant … My thought was to invite different local guests chefs to come and showcase their restaurants. I know that other peers of mine feel the same during Bluesfest, so this way they could bring their food to Bluesfest for a night, which would be a fun thing to do.

When I’ve talked to the city guys, they’ve said I’m the kind of person they’re looking for. I’m hoping that gives me a thumbs-up, but I’m sure going to put a lot of effort into my business plan and the application process. Applications are due Jan. 4. So, I’m going to propose different seasonal sample menus … I’m probably going to have a four-item menu with probably one vegan and one vegetarian plus two meat, something like that. And there’ll always be home-made soup, for sure.

What kind of prices are you looking at?

I’d like to keep it $10 and under. It’s going to be seasonally priced as well, so the prices will change with the menu.

Is this a bit scary for you?

I’m excited about it. Super excited. Being a chef/owner is so much more than just food. I mean, I just finished year-end for the accountants, tracking the money and balancing gift certificates, and it’s not my favourite thing to do. I was in the kitchen five days a week, and I’d take one day off spending time with the books and doing bookwork, but now I’ve just promoted my sous chef Cody Starr to chef de cuisine so I can spend more time focusing on the truck and getting it ready for spring. Cody has been with me about five years, starting as a line cook. I’ve spent the last year pretty much grooming him to take over the kitchen, and he’s doing a great job. He took over the kitchen a week and a half ago. Just getting the application on Friday made me realize I have a fair amount of work ahead of me. 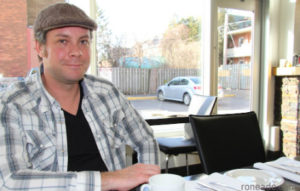 I have a rough business plan drawn out. I’m self-financing the truck. I think the plan for the city is not so much financial as it is geared to (showing them) my product, what it’s going to look like.

I hope the city sees growth. I’d really like to see the city realize the potential of food trucks and open these licences up so we can roam. I think it’d be great if we could Tweet locations as we locate. There’s a woman I read about in Boston, I think, who’s a three-star chef, she gave it all up and bought a food truck and does things like pressed sandwiches, like panini, and she’d Tweet her location and have an hour lineup before she even got there. It’s just unbelievable the following that some of these food trucks get.

We only started out Twitter page on Friday and I have almost 100 followers now, so I’m I’m aiming for 1,000 before I even serve a meal, which I think is possible.