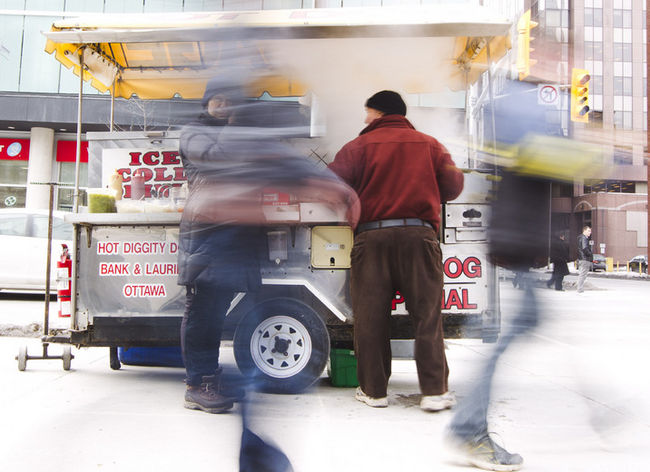 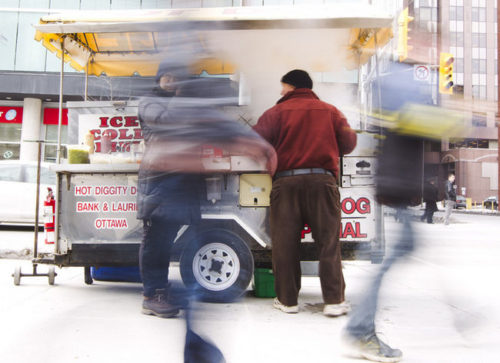 In a previous column, I detailed the paternalistic process through which the city is giving out 20 new street food vendor licences. Few would complain about the basic process of licensing food carts. After all, you can’t just set up shop on public space without permission.

But instead of a simple “in and out” application process, they put you through the ringer. The various permits and inspections are tedious. However, the expert food committee convened to critique the applicant’s menu, marketing, experience, financial projections and more — all in the name of bringing diversity to Ottawa’s streets — is downright condescending. It presumes it is the government’s business to approve every aspect of your operations. It also suggests a committee is in the best position to tell Ottawans what food they should be eating, rather than letting residents decide for themselves.

Claudio Versace e-mailed me to detail his past experience planning a food cart. He spent a year communicating with the city.

“In that year I learned about fees, physical requirements of the carts, physical location requirements, advertising restrictions, signage letter size, gas fitting certifications, hot and cold water requirements, the number of sinks and so on. I also got a lot of advice about my menu from the enforcement office,” Versace wrote.

Almost finished with the approval process and a week after he quit his job and a day before he was about to spend thousands on his cart, he was suddenly told public health now had to approve his menu. He was surprised, but complied. After a week he was rejected (at the time they were only approving hot dogs and Versace had different plans).

Say what you want about the particulars of Versace’s story, but it’s clear this process is unnecessarily complex.

On Nov. 28 the city was due to release a map with the available locations for the new permits. Selecting the location is a big part of the process. But that was delayed to Dec. 7 to allow BIAs and councillors to approve the spots (as if there weren’t enough cooks in the kitchen already), placing potential applicants in continued limbo. Kafka would be proud.

This would not be the first time people have been brought to their wit’s end by food carts. There is the case of the Torontonians who lost money opening food carts for their city’s widely maligned a La Cart program.

But there’s also Mohamed Bouazizi, the 26-year-old Tunisian who literally struck the match that started the Arab Spring in late 2010.

Bouzazi supported his family by selling fruit from a cart in a town square. He was repeatedly subject to arbitrary abuse from police.

One day his scales and produce were confiscated and he was assaulted. He went to city hall demanding to see the governor but was denied.

He then took a can of gasoline and stood in the middle of the street. “How do you expect me to make a living?” he said, pouring the gasoline over himself and lighting himself on fire. He later died in hospital from his burns.

I am not suggesting any moral equivalence or that municipal Ottawa is falling to the dictatorial wayside. Only that it’s the little things that add up to matter. All politics is local and it’s when our daily interactions with local government push us around that we feel most oppressed.

When government — no matter how well-intentioned — repeatedly knocks the spirit of the little guy, sometimes his spirit breaks.

The Ottawa street food vendor program is like the ridiculous over-regulation of the taxi industry. They both treat the business operators like children. It shows contempt for entrepreneurship.

Let’s be clear, this is not a complaint about red tape. It’s an argument about how morally wrong and degrading this process is.

The city talks a big game and spends a lot of cash on business incubator programs and the supposed trimming of red tape. But with such a program under its belt, it’s really hard to take it seriously.