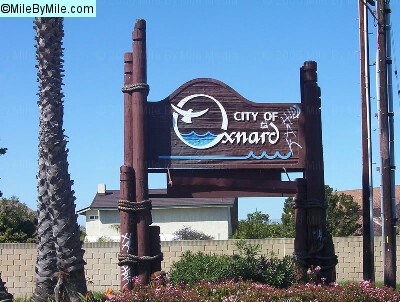 Oxnard’s proposed new regulations for food trucks ran into a temporary roadblock Thursday night when the Planning Commission decided to continue working on them for another two months.

All the commissioners had issues with a food truck ordinance written by city planners, so they voted 7-0 to table the matter until Aug. 16.

The new rules won’t affect the city’s First Thursdays Gourmet Food Trucks, a popular event where food trucks from all over Southern California gather downtown for a community dining fest. Instead, the city is targeting food trucks that lease space on private property and regularly operate from one location.

Like brick-and-mortar restaurants, food trucks must have permits from the county Environmental Health Division that cover food safety, as well as business licenses and zoning clearances from the city. In Oxnard, the zoning code does not cover food trucks on private property. After the trucks started to pop up all over town a few years ago, city planners started working on a new ordinance.

The proposal before the Planning Commission would have allowed food trucks in most commercial and industrial zones, but not residential areas. Trucks could not be within 500 feet of homes, 500 feet of another licensed truck, or 900 feet of schools, day care centers and parks. They would have to have access to parking and restrooms, typically through a written agreement with a nearby business.

Hours would be restricted to no more than six hours per day, between 7 a.m. and 10 p.m., and trucks could operate only six days a week.

Because the city still would regard them as “temporary uses,” the trucks could only stay in one place for 45 days. They would then have to get a new permit for a different location, though they could return to the first spot after 30 days.

Planning Commissioners all said they would like the permits to last longer than 45 days. Some mentioned 180 days as a better policy. A few commissioners also said food trucks should be allowed to operate later than 10 p.m., especially those in downtown, near bars and nightclubs.

“A food truck can cost over $50,000,” Commissioner Saul Medina said. “If someone is willing to invest that amount of money and effort, then should we tell them they would only have a 45-day window in one location, and once they’re established, they’ll be asked to move?”

Whatever the commission decides, it will be only a recommendation to the City Council, which has the final authority on new regulations.