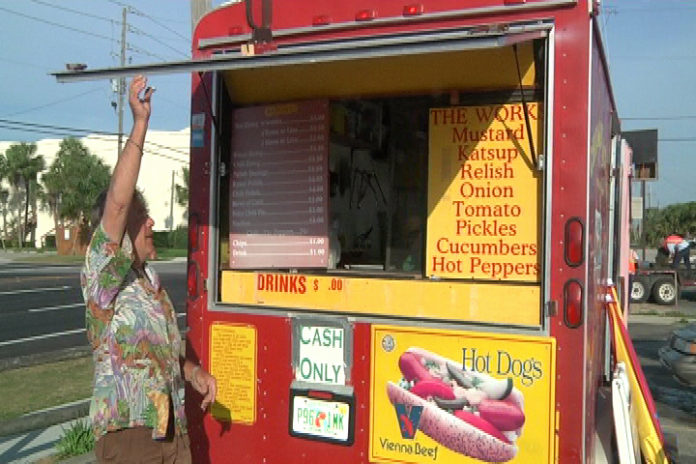 You may have seen food trucks or mobile restaurants as some call them, roaming the streets of larger cities across the country; but now a group of citizens wants to bring them to Panama City Beach.

It was the hot topic of discussion at the beach council meeting as they tried to figure out how to regulate them.

The food truck concept is popular. The mobile kitchen is stocked with the essentials and can be parked anywhere there’s people.

It’s this idea that seemed to divide the Council. The main issue is how to regulate the transient business to ensure they are compliant with city ordinances.

Earlier at Thursday’s Council meeting they voted on a parking lot vending ordinance that would regulate permitting of special event vendors in 7 day out of 30 day period, for which they would pay 50 dollars to obtain.

Food truck vendors in attendance tonight who wish to sell within beach city limits said they aren’t special event vendors. They want to operate their business year round

The vendors asked the council to consider their costs, look to other cities for rules and potentially limit permits to a specific number to keep the number of trucks low.

Though no conclusion was reached tonight, it did spark an idea that the council now says they will take into consideration and bring back at a later time.