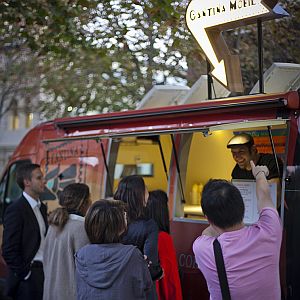 According to the West Australian, the trial – expected to kick off in February – will be restricted to food trucks and wouldn’t include carts or trailers.

About 10 years ago, the city removed its last street vendor, a hot dog stand, but now Lord Mayor Lisa Scaffidi said food trucks are a trend the city shouldn’t ignore.

The City of Sydney conducted a similar trial in 2012, and earlier this year it announced it would issue permits for up to 50 operators over the next two years, allowing food trucks to become a permanent fixture on the city’s streets.

Lord Mayor Clover Moore said the trial was a great success. “Not only are the trucks generating new business and creating jobs across the city, they’re also giving Sydneysiders fantastic new late-night dining options that simply didn’t exist a few years ago,” she said.

Like Perth, the City of Melbourne announced in June that it would lift the ban that prevents food trucks from operating in the CBD, and would launch a three month trial involving 12 operators.