The Council is now in the process of putting together framework to select 10 mobile food vendors to operate from February to May in 2015.

14 of the locations will allow operations hours of 7am to 10pm and one will allow Friday and Saturday only trading from 10pm to 2am.

There will be a 50m ‘no go’ radius from any existing food and beverage outlet for the Perth trucks.

Although this is similar to Sydney’s regulations, in Sydney it only applies if the existing food and beverage outlet is “serving the same or similar food types.”

Applications from interested food truck businesses wanting to take part in the trial are scheduled to open in November. Selection will be based on an applicant’s: Business management plan, unique food offering, community engagement, sustainability plan and vehicle infrastructure.

“There has been a lot of demand – from both consumers and operators for mobile food trading in the city,” Scaffidi said.

“This trial is a fantastic start. The trial will allow us to assess the viability of permanent mobile food trading, how it is received by the public and its effect on local brick and mortar businesses.

“This project will enable the City of Perth to engage in the vibrant global food truck movement.

“It will also be a great way for fledgling food traders to get a start in the city and test the public’s reaction to what they are selling.

“As in cities such as New York and San Francisco, the approved locations are not in the central CBD where established food premises operate.

“The locations include on-street parking bays, parks and public spaces.”

The City of Sydney conducted a similar trial in 2012, and earlier this year it announced it would issue permits for up to 50 operators over the next two years, allowing food trucks to become a permanent fixture on the city’s streets. 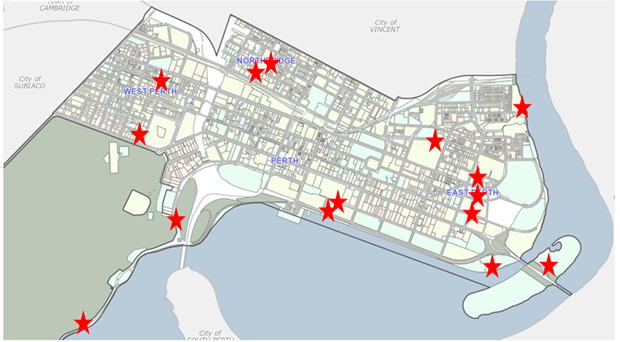