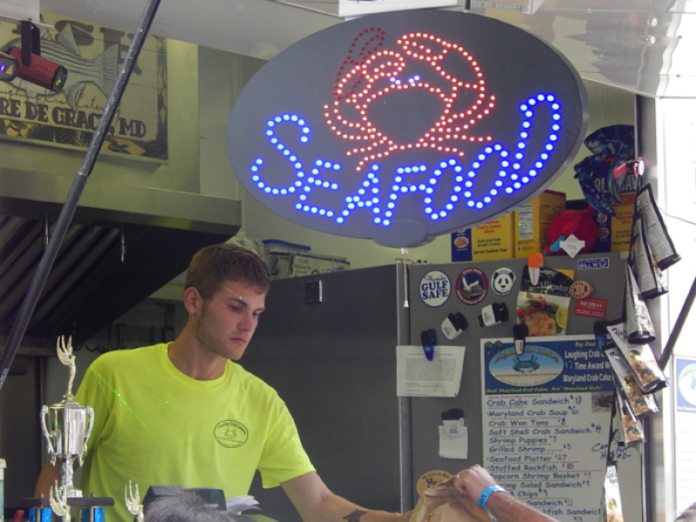 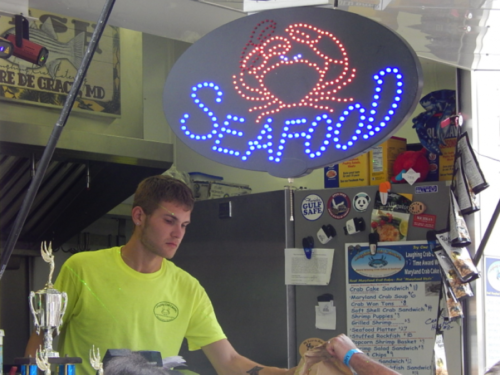 A familiar sight around Havre de Grace made an impression on the palates of those in Philadelphia recently.

The Laughing Crab food truck, which can often be seen parked near the intersection of Congress and Washington streets, received the “Best Seafood” award Saturday at the Taste of Three Cities food truck festival.

Vendors from Philadelphia, the District of Columbia and Baltimore each sent 20 food trucks to the event, where the Philadelphia Business Journal reported the Washington area trucks did not win in any of the categories and only one Baltimore truck besides Laughing Crab claimed a top honor.

The Taste of Three Cities will come to Baltimore June 6 for a food truck festival at Patterson Park.

One of the organizers told the Philadelphia Business Journal that ”food trucks can’t exist just doing lunches” and must seek out events where they can bolster revenue.

Chuck Maslin, who runs the Laughing Crab, told the St. Petersburg Tribune that while he owned a restaurant for a decade in Havre de Grace, he found the food truck business more profitable and has won more than 20 awards for his crab cakes.

Although Havre de Grace is its home base, the Laughing Crab is on the go quite a bit. From January to March, it was in Florida, according to the Bradenton Herald-Tribune, which reported it served up Maryland crab cakes to those watching the Orioles at spring training.