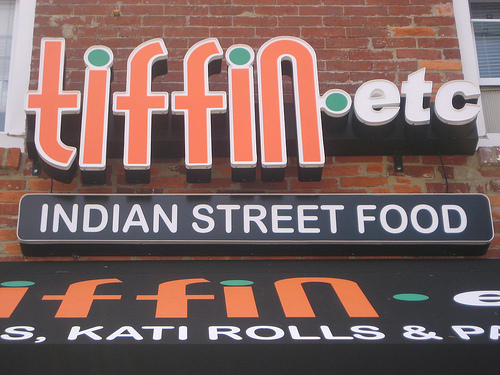 We’re beginning to get to the bottom of that cryptic and terse email that Tiffin mastermind Munish Narulla sent from India two weeks ago. Back then we speculated whether “taking its act on the road” meant he was working on a food truck or perhaps alluding to expanding Tiffin into other markets. This morning we caught up with Narula, who is back from India for a few days, and learned that it’s both. Though he was short on details, Narula said that he is in fact working on getting a food truck and is preparing to open more Tiffin locations this year. That’s in addition to opening Tashan, his small plates restaurant coming to South Broad either later this spring or this summer. “We have talked to a couple different people about a food truck, Narulla told Grub Street. “But nothing has been signed yet.”

In addition to getting his food truck up and running, Narula said he’s working on developing a plan to offer Tiffin franchise opportunities, and will likely open two new locations for the his fast-casual Indian restaurants this year. “These are mostly just negotiations going on now,” he added. “Nothing is close to being signed.”