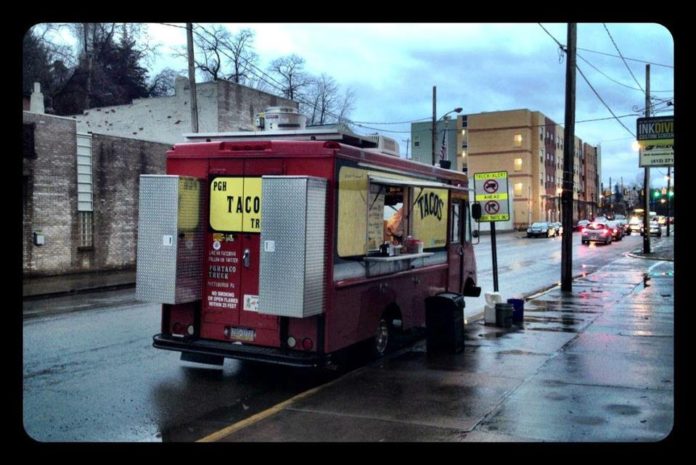 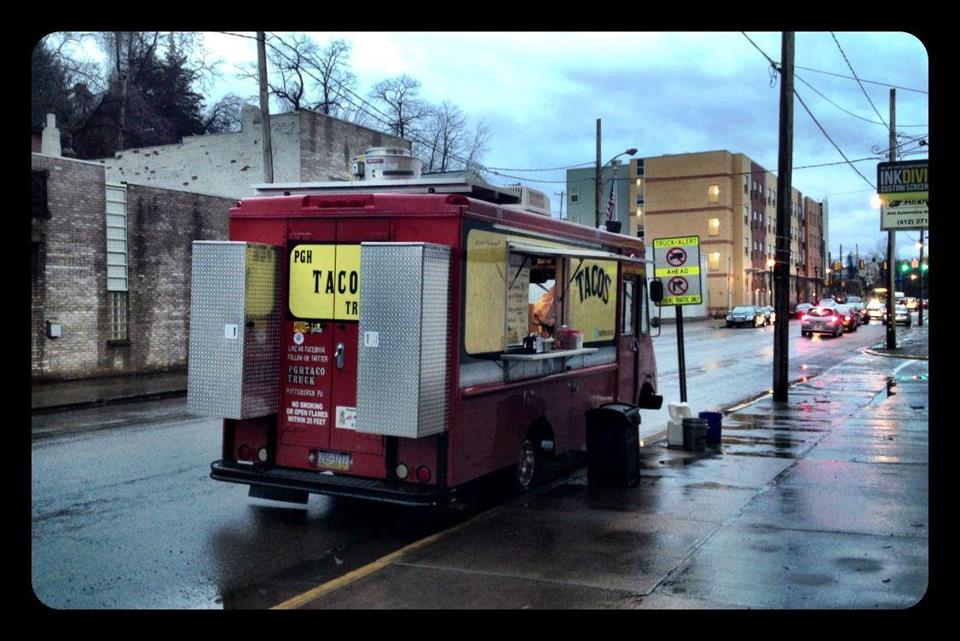 Food trucks are not a common sight in the Pittsburgh market, due to a variety of restrictive laws that make it hard for them to do business. According to Pittsburgh Mobile Food, which advocates for Pittsburgh’s mobile food industry, city requirements that food trucks move every 30 minutes, stay at least 500 feet from any business with a similar product for sale, refrain from parking at metered spaces, and not sell food after midnight, severely limits where and when a food truck can operate. Regardless of these restrictions, food trucks are starting to gain a foothold in the greater Pittsburgh area. Generally you’ll find them parked in privately-owned lots, in areas outside of the city, at some local farmers markets, or at organized roundups. For example, Coffee Buddha (970–976 Perry Hwy) hosts a North Hills Food Truck Round Up in their parking lot about once a month. The best way to keep in touch with upcoming food truck locations is to follow your favorite food trucks from the list below on Facebook and Twitter, or check their website for an Upcoming Appearances list.

Permanent food truck locations also exist on the Carnegie Mellon Campus (Margaret Morrison Street near the Intramural fields) and Pitt Campus (Bigelow Blvd. near Soldiers & Sailors Memorial). Food trucks initially enter a lottery to gain a space in these areas, but once there they never have to move.

Voted #1 in Pittsburgh Magazine’s 2013 Best Restaurants: Readers Poll in the Mobile Food category, PGH Taco Truck is a popular part of the Pittsburgh food truck scene. The innovative menu features everything from spicy jerk chicken with avocado cream and pork with sweet Thai slaw to the SeaBak (named for Pittsburgh’s Rick Sebak), a creation of scallops, bacon, cheddar and guacamole inside of corn tortillas.
Facebook: http://www.facebook.com/PghTacoTruck
Twitter: @PghTacoTruck

2. The Steer and Wheel

Prefer burgers and fries? Then this tasty food truck operated by Jamie McCleland might be right up your alley (no pun intended). The burgers — available in both small and large — are prepared from fresh-ground, naturally raised beef served with a variety of different toppings and buns. Turkey burgers and veggie burgers are also available. French fries are hand-cut and double-fried, served either plain or in one of several specialty combinations.
Facebook: http://www.facebook.com/thesteerandwheel
Twitter: @steerandwheel

The outstanding Japanese dining at Fukuda’s Bloomfield restaurant also hits the road in their unique Fukuda Mobile Foodtruck. Expect to find a variety of specialty sushi, along with Chirashi Temaki hand rolls and Okonomiyaki, a traditional Japanese Napa cabbage and fish-batter pancake stuffed with your choice of options.
Facebook: http://www.facebook.com/pages/Fukuda-Pgh/273246636113222
Twitter: @FukudaPgh 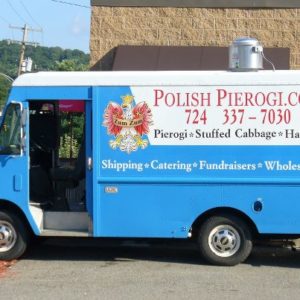 It wouldn’t really be Pittsburgh if there weren’t a mobile food truck selling pierogis! And not just the traditional pierogi and onions, and Polish favorites such as haluski and stuffed cabbage on the hot foods menu—you can also buy a variety of frozen pierogi to take home in flavors such as sweet cheese, sauerkraut, potato and onion, beef and even plum. You can find them most Wednesdays outside the House of 1,000 Beers in New Kensington, and at the Whitehall Farmer’s Market on Mondays during the summer months.
Facebook: http://www.facebook.com/PghPierogiTruck
Twitter: @PGHPierogiTruck 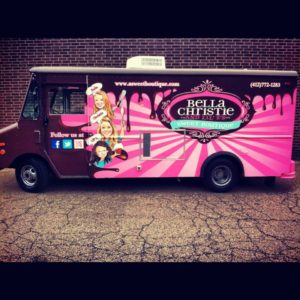