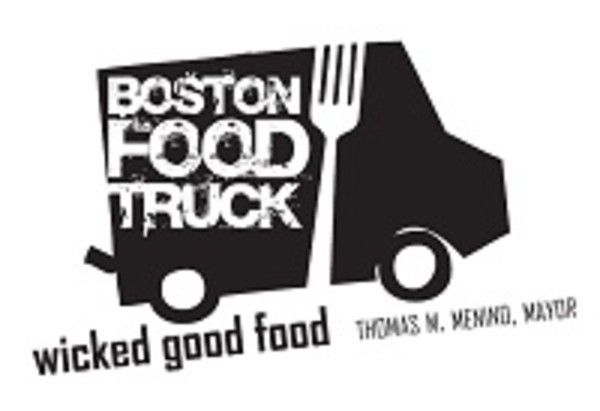 Editor’s Note: This article was updated on Saturday, July 30 at 12:30 a.m. to reflect newly supplied information from the Mayor’s office.

Food trucks are cropping up all over Boston, eliciting largely positive reactions from hungry, on-the-go consumers, while garnering equally nervous ones from area restaurant owners.

Charlestown residents, public officers and the owner of Go Fish! Mobile Food Truck met on Wednesday to discuss the controversial opening of a food truck in the Navy Yard.

Neighborhood liaison Danielle Valle Fitzgerald arranged the meeting at the Constitution Inn after the news of the coming food truck took many neighbors and restaurant owners by surprise. People were further puzzled after the truck didn’t show up Wednesday, July 13, when the city had announced it would be there.

Now the truck’s hours and location are clear: Go Fish! serves lunch from 11 a.m. to 2:30 p.m. Friday, Saturday and Sunday at the intersection of 5th Street and 1st Avenue in the Navy Yard.

Still, it might take time for neighbors to come to terms with the new business in town.

Janet Knott, the chief of staff to City Councilor Salvatore LaMattina, attempted to assuage wariness toward the truck.

“Having a food truck in the Yard, even though it showed up unannounced, is a good thing,” she said.

“Usually in Charlestown, a sparrow doesn’t drop without the CNC getting involved,” he said.

City officials at the meeting said they told restaurant owners within 100 feet of the truck site about the new business, in accordance with an ordinance. But residents criticized the city for not explicitly telling restaurants throughout the entire Navy Yard what was happening.

Knott apologized on behalf of the city for not better notifying the council and nearby restaurants about Go Fish!

One man at the meeting said that food trucks would jeopardize business for restaurants in the Navy Yard, a concern that Parker said several restaurant owners shared.

He said that while Go Fish! operates in a highly trafficked area of the Navy Yard, visitors might not know where to find ‘tucked-away’ restaurants, especially because there are no signs pointing toward them. Therefore, he said it’s more likely for tourists and others to “impulse buy” at the truck.

“We need to have our local businesses on a level playing field,” he said.

Meanwhile, Rafael Carbonell, who works in the city’s Office of Business Development and sits on the mayor’s Food Truck Committee, said he thinks the trucks would complement surrounding restaurants. He added that according to rules laid out by the city, food trucks couldn’t compete with restaurants by serving the same meals.

In spite of that rule, Parker said that some of the food that Go Fish! sells appears on the menu at Tavern on the Water, one of the several restaurants that he said didn’t know about the opening of the truck.

But Go Fish! owner David Stein said that while his truck and the restaurant both serve seafood, the sit-down experience at Tavern on the Water differed from the on-street take-out one at his establishment.

“The last thing I want to do is negatively impact somebody developing a restaurant,” said Stein, who said he had owned a restaurant for some 30 years.

“But a little competition, if it brings attention to an area, it can have a benefit by bringing people to a neighborhood,” he added.

Parker said that restaurant owners believed that the city was subsidizing the cost of opening food trucks, but both a member of the food committee and Stein guaranteed otherwise.

Edith Murnane, the city’s Director of Food Initiatives, told the audience that it costs food truck owners more money to get permits and licenses than it does restaurant owners.

Murnane estimated that food truck owners in Boston would pay approximately $54,000 each year to park on public property and comply with the rules for managing a truck. Later, she shed additional light on what, exactly, the projected sum refers to.

“The $54,000 is an estimate for what it might cost a food truck operator to do business,” Murnane said. “And, as I outlined in the meeting, it includes: permitting, gps and an estimate on the rent or monthly payments associated with owning or renting a food truck,” she said, noting that the numbers are based on an estimate that food trucks can cost between $50,000 – $100,000 to purchase.

“The money also covers the licensing fee for a ‘tier-1’ location such as Charlestown and an estimate on what it might cost to rent commissary space to service the food truck,” she added.

Stein said that by the time his permit expires at the end of December, he will have paid the city about $10,000 to serve lunch three times a week in Charlestown and four times a week in the Christian Science Center.

“I can tell you that the city has in no way subsidized my truck,” Stein said.

Parker thanked Stein for clearing up the myth.

After he finished taking questions from the audience, Parker gave a short speech, saying he didn’t want to “stamp out entrepreneurial spirit.”

He suggested that the group meet again sometime early next year to evaluate the effect Go Fish! will have had on the neighborhood.