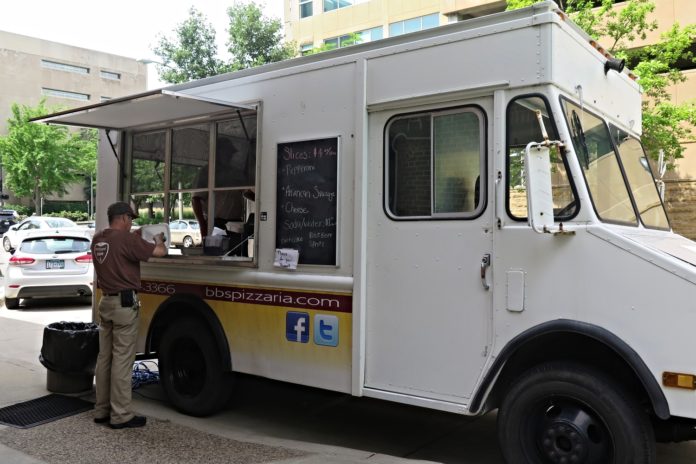 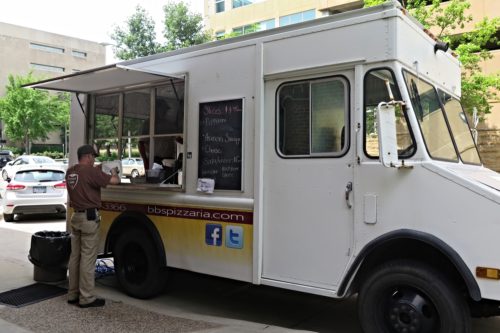 City officials have worked out a deal with BB’s Pizza that will allow the business to continue operating its food truck outside a downtown Rochester church.

The food truck set up Tuesday for the first time in two weeks. It had been ordered to close after the city determined it was operating on public property. BB’s had only been using the spot for about a week.

The new location is just 10 feet behind the previous spot, located on a half-circle alley by the church. City officials inspected the area and determined a section where the path straightens out it OK to use.

News of the food truck’s reopening was first reported Wednesday morning by Jeff Kiger of the Post-Bulletin. 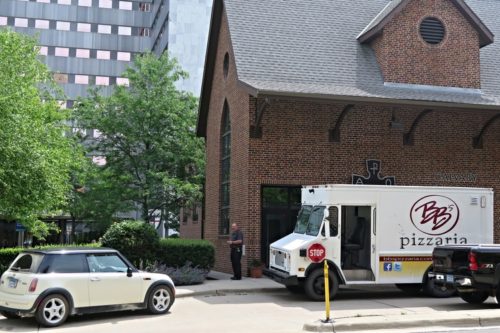 The solution for BB’s, however, does little to quell concerns from critics who argue the city’s ordinance on food trucks is too strict.

The city’s initial crackdown on the food truck sparked a community conversation on social media about the role of food vendors downtown.

The overwhelming majority of comments were in favor of loosening the ordinance, which essentially bans food trucks from the central business district (it also prohibits trucks from stopping for more than 15 minutes a time).

Concerns over food trucks come mainly from downtown restaurants that argue the food truck’s $300 yearly operational fee is small compared to the investment they are making in brick and mortar locations.

A group of community advocates hope to continue the discussion on food trucks during an event next month at the new Kutzky Market. City Council President Randy Staver confirmed to the Med City Beat that council members have received invitations to the forum.

City council member Michael Wojcik, an outspoken critic of the city’s current ordinance, plans to bring the topic up at a meeting next month.