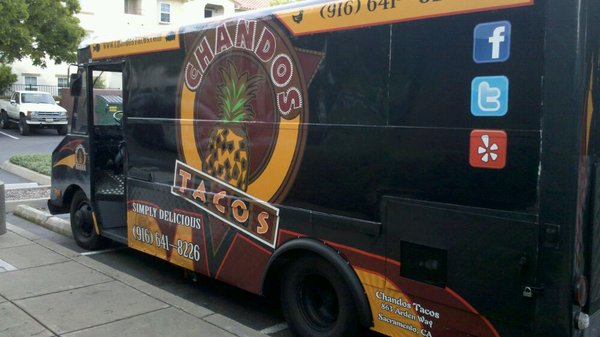 By Cathie Anderson  |  The Sacramento Bee

Lisandro “Chando” Madrigal hit the pause button on opening Chando’s Tacos No. 3. Instead, he invested in building a new food truck at a cost of $140,000 because he saw that market as essential to his brand.

Food trucks have long been seen as a way for novices to break into the food business, but increasingly local brick-and-mortar restaurateurs are expanding into the segment as well. As I wrote earlier this month, Chris Nestor, the chef-owner behind Ink Eats & Drinks and House Kitchen & Bar, plans to launch a food truck if an arena gets built in downtown Sacramento.

Madrigal is slowly introducing his new truck to Sacramento’s mobile scene, joining other food trucks at Garcia Bend Park and Thunder Valley Casino for special events. You’re guaranteed to find the bright orange and yellow truck at Chando’s Tacos, 5665 Power Inn Road, from 1-6 p.m. July 13, when Madrigal, his wife and business partner Karla, as well as their employees celebrate the first year of business for this location.

As for Restaurant No. 3, Madrigal has his eyes on Roseville in 2014.