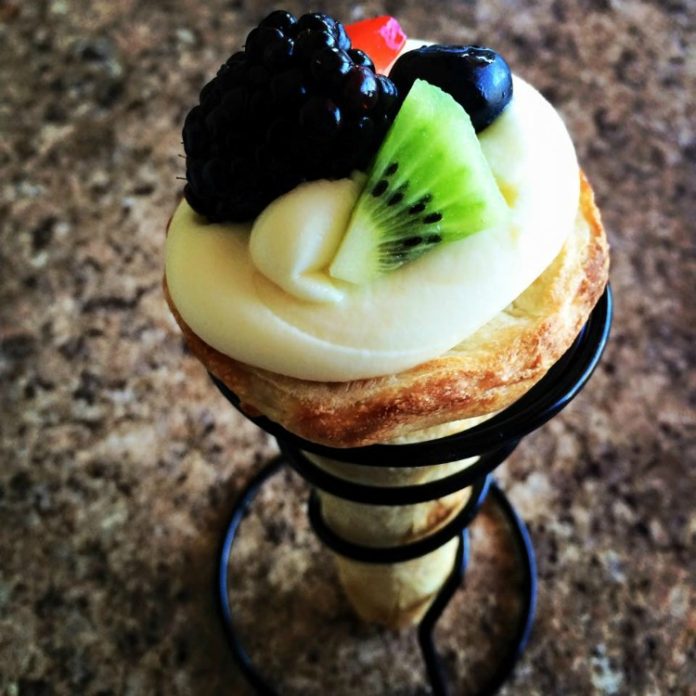 Every Monday night I drive by the Scera Theater in Orem and see a bunch of food trucks dishing out their cuisines.

I had always wanted to try it out, so my wife and I rounded up the kids and embarked on our quest for a full stomach.

It turns out that that particular night probably wasn’t the smartest night to go as a freezing, hellish wind made it rather unpleasant. But what we discovered made the whole thing worth it!

That night there happened to be a brand new truck (well it’s actually more of a little trailer): The Pizza Cone Zone. Picture in your mind a pizza cone, and tell me that doesn’t sound absolutely delicious. So we gave it a try, and it was divine! Oodles of cheese, special sauce, and meat enveloped in a delicious cone of dough, baked to perfection. So, naturally, we got another before moving on to the next truck.

Before the night was over, I was able to talk to the guys that run the joint, Braden Astle and Caleb Worthen. I kept in touch over the next few weeks and learned a lot about them and their backstory.

“It started when I saw the idea on my LDS mission in Puerto Rico.” says Astle. “We helped a guy fix his generator on his food truck and he was so happy he wanted to give us food and what he gave us was pizza cones I had never heard nor seen a pizza cone in my life so when I tried it I loved it and had the idea to start one in Utah between the two university UVU and BYU.” When he got home, he started talking to his friend Caleb (who had just returned from serving in South Carolina) about the idea, and they decided to go for it.

To get started, Braden borrowed $2,400 from his parents and Caleb borrowed another $500 from his brother, and after a busy (and often frustrating) 4 – 5 months and a lot of help from friends and family, The Pizza Cone Zone became a reality.

The thinking behind the pizza cone was to provide a convenient, entertaining, and inexpensive option for college students. “The idea of pizza in a cone is to have a pizza that you can eat on the go.” Astle says. “I think that pizza cones are fun for all ages. Kids love them and college students love to try new things. When I was thinking of a good food that I could sell in a food truck I wanted something that college students would like. Fast, cheap, taste good, fun date. I feel that the pizza cone covers all of those things.” 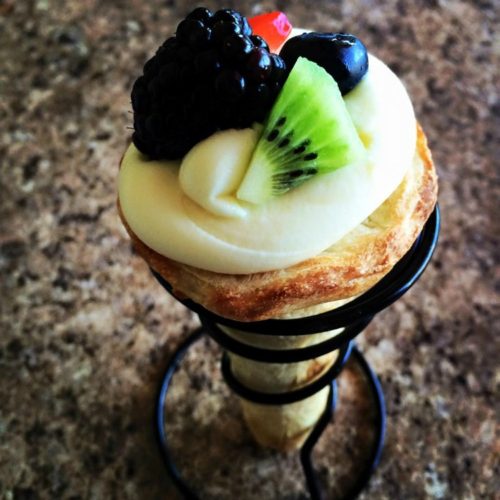 As for the future, Astle and Worthen are always looking to expand. They continue to work on new products and hope to get into a proper truck one day.

“We are looking to upgrade our trailer to a truck in the next month to two months. So if anyone has any leads that could help us out that would be great. Trucks are very expensive we are just poor college students can could use any help that we can get to get a good deal on a truck.”

The Pizza Cone Zone can be found on Facebook and Instagram. They post their schedule every week and give out a free meal every day to one of their instagram followers! Check them out!