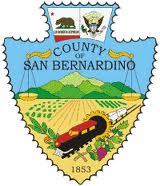 By IMRAN GHORI | The Press-Enterprise

Gourmet food trucks may soon make their way to San Bernardino County as the Board of Supervisors on Tuesday considers whether to legalize their businesses.

The supervisors will receive a report from the county’s environmental health services department that looks at various options for allowing food truck businesses to operate in the county.

In the past few years, the food truck business has taken off in Los Angeles and Orange counties, with vendors selling more sophisticated fare such as Korean tacos and crepes.

But Riverside and San Bernardino counties both have strict guidelines that limit food trucks to selling only pre-packaged foods and drinks.

Hot, freshly prepared foods can be sold only at special events at specific locations, such as a festival.

San Bernardino and Riverside counties are believed to be the only two in the state that prohibit food trucks, a staff report to the board states.

San Bernardino County environmental health services officials have recommended against their approval in the past, citing concerns about potential health risks.

The report suggests three options to the board: continuing with the ban; allowing food trucks only at specific locations but at a wider variety of community events; or allowing them to operate county-wide.

Rutherford said she believes the county can ensure proper health standards through regulations it adopts and suggests the county can take the middle option to see how it works.

“They’ve dealt with the health issues everywhere else in the state,” she said. “You’re never going to have 100 percent, either at a traditional restaurant, a temporary food facility or a food truck. You’re always going to have to have consumers being wary of what they’re eating.”

“Because of the lower cost of entry people can get more wild with the kinds of cuisines they want to cook,” Geller said.

Geller said vendors have worked well with health officials in other counties, providing their weekly schedules in advance in Los Angeles for example.

“They have a great opportunity to start fresh,” he said of San Bernardino County.