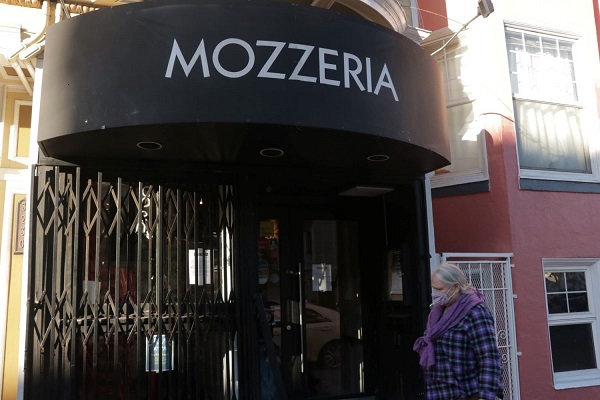 Mozzeria, the famed pizzeria on 16th Street owned and operated by deaf people, closed just under a month away from its ninth anniversary.

While many or most of the restaurant’s customers were not deaf, the space, fully staffed with servers fluent in American Sign Language, was a place of respite for deaf people from a restaurant scene that can often be unaccommodating.

The company attributed its closure to two factors –  the Covid-19 pandemic, and city-mandated earthquake safety retrofitting –  in a Nov. 12 Instagram post announcing the decision.

Seismic retrofitting, ordered as part of San Francisco’s Mandatory Soft-Story Program, was also a catalyst for Burger Joint owner Nidal Nazzal choosing to close his decades-old business at the beginning of this year.

“The restaurant meant a lot to me,” said Sandra Ammons, a long-time friend of owners Melody and Russ Stein.

“The good news is that Mozzeria will continue serving the community through our successful food truck,” the company announced.

The Mozzeria food truck, which has scheduled appearances throughout the Bay Area for the rest of the year, also promises to reach a wider audience than the restaurant. Regular appearances are scheduled at Fort Mason, San Francisco International Airport, down through the Peninsula and, the day after Christmas, the truck will be as far as Livermore, at the Three Steves Winery.

The truck is also better suited to serve audiences outdoors, a major advantage during the Covid-19 pandemic. The restaurant’s long, narrow interior would have made it impossible for patrons to socially distance while moving in and out of the space.

Mozzeria also lives on through a new Washington, D.C. location, which opened over Labor Day weekend. Ten days before Mozzeria announced its closure in San Francisco, the documentary series ReOpen published an episode focusing on the new D.C. restaurant.

“Deaf talent has always been there, there’s just not opportunities,” said Ryan Maliszewski, Mozzeria’s CEO, in the short documentary, “So here, we create opportunities.