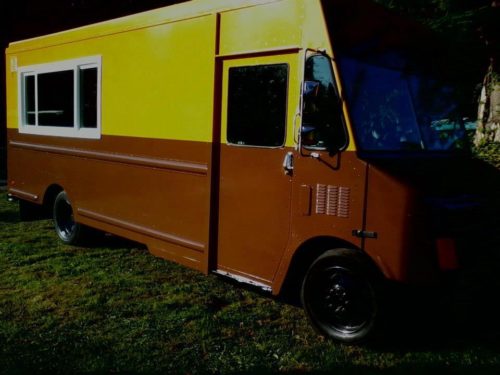 The food truck trend shows no sign of slowing—the last several months have brought My Sweet Little Cakes,Curb Jumper, Now Make Me a Sandwich, and Diablo Food Truckz, to name a few. And with warmer weather on the way, the number of newcomers will only keep growing. Here are eight we’ve got our eye on.

Ezell’s Express
Yes, as in Ezell’s Famous Chicken. Two scions of the family that founded the chain are behind this fleet—fleet!—of mobile kitchens. The first one will open in April with others to come in six months or so. All of the trucks will serve that glorious, glorious chicken, and as co-owner Phylicia Davidson points out it’ll come straight out of the fryer—an experience you won’t get at the brick-and-mortar outlets.

Plum
The city’s first vegan outfit comes courtesy Makini Howell, proprietor of the several Plum establishments. The plant-based bill will revolve around classic American foods such as burgers and fries—and of course Howell’s mac ‘n’ yease. “Mac is like water at Plum, always available at every location,” assures a rep. It’s looking like April for this one.

Outside the Box
Also a first is this paleo wagon dedicated to the diet eschewing grains, dairy, and sugar. Owners Charles Aguiling and Marizel Yuen had hoped to debut last fall but are already getting their name out there via home delivery.

Barking Frog Mobile Kitchen
Perhaps the fanciest foray into four-wheeled dining we’ve seen. This offshoot of the upmarket Woodinville restaurant will primarily serve as a catering vehicle but also hit up various neighborhoods and festivals, including May’s Mobile Food Rodeo where the truck will make its debut. Chef Bobby Moore will helm the menu riffing off the restaurant’s signature dishes.

How Pickle Got Out of a Jam
Another carryover from our fall roundup, Pickle and its inspired, homegrown dishes should be available within the month, says co-owner Venessa Goldberg.

Roxy’s Waffle Wagon
When it comes to waffles it’s all about the batter. Owners Janelle Wehrmann and Shelly Meyers spent six months perfecting the recipe for theirs. They’re not slacking in the toppings department either: There’s salted caramel Sirena gelato, bacon benedict, shepherd’s pie, Nutella and banana, and plenty more. Look for Wehrmann and Meyers at the end of March.

Brass Tacks
Based on Georgetown’s newest bar, this four wheeler will hit farmers markets and festivals too, and deliver filling fare like brisket mac and cheese, wings, and pork fries—wedges of roast pork belly that are battered before frying. Chase them with some Lipitor, maybe?