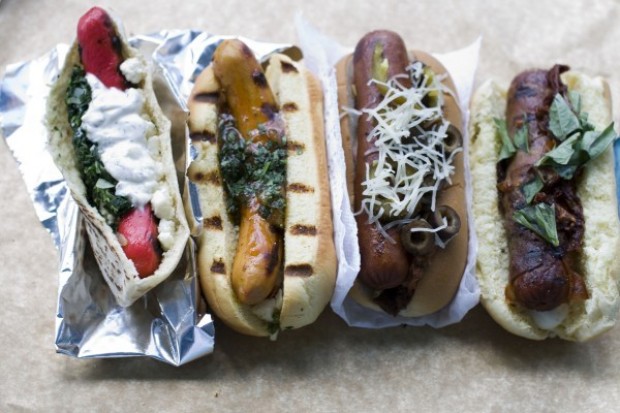 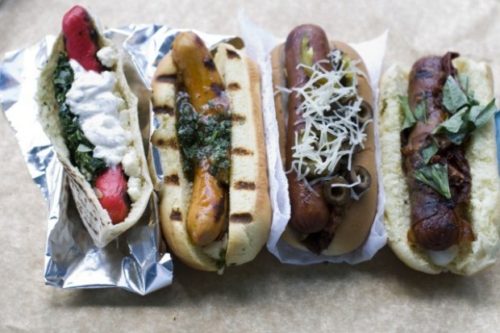 What do booze-addled bar patrons like even more than getting in or watching a fight?

At least that’s what a study conducted by the Siouxland Drinkers Against Violence Coalition found. In a report released last month, the SDAVC stated that in the case of 99.9 percent of patrons polled, people would rather eat delicious food and/or have sex than watch or participate in an act of violence after a night on the town.

With concerns of heightened violence happening on downtown Historic Fourth Street, city officials have been trying to find a way to curb the violence.

The findings from the study were brought up at last week’s City Council meeting.

“Obviously, we’re not going to allow people to have sex in public,” noted Sioux City Mayor Bob Scott. “But adding more food truck licenses could have some merit.”

Currently, the hot dog stand Dog Eat Dog has been permitted two locations to sling its wieners – one in front of Teaser’s Gentlemen’s Club and the other parked by the Firehouse on Fifth Street. But as the study reported, two after-hours food stops may not be enough to stop people from starting fights.

“I remember one time I was really pissed at this guy at Fourth Street Sports Grill for looking super douchey but then I got in line to get a hot dog and I no longer wanted to beat the guy up,” frequent bar-hopper Tommy Lee reminisced in a phone interview. “Of course when the line was half-way around the block I went to the parking lot and slashed his tires but had I gotten that hot dog, I’m sure I wouldn’t have done it.”

In a statement released by the mayor’s press secretary yesterday, Scott said he’s looking into allowing food trucks to line the street come 1 a.m. on weekends.

“This seems like it could be the answer,” Scott said. “What can I say? No matter who you are, eating and going to Bandits games are things everyone loves to do.”