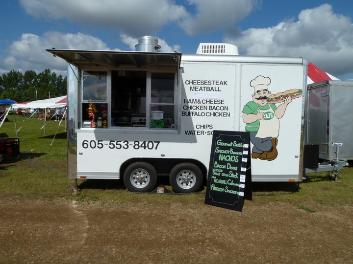 A massive food truck explosion that rocked a Minneapolis suburb late Friday night is still being felt locally in Sioux Falls. And while authorities are linking the explosion to a propane tank leak, questions over food truck safety and city rules and regulations are just beginning.

With an important City Council meeting coming up Tuesday in Sioux Falls to discuss rules and regulations on food trucks, you can’t ignore the timing of the propane tank explosion that took place in Minnesota and the possible impact it will have locally.

It wasn’t until 2009 that Sioux Falls saw a growth in Food Trucks. Over the past 5 years, rules and regulations have been a hot topic and sticking point with not only food truck vendors, but for the city.

Greg Jamison is a member of the Sioux Falls City Council. He says that a lot of work is done ahead of time to make sure that safety is a top priority.

“Sioux falls is getting an influx of them as our downtown grows and our city grows. When you see something like that happen your kind of what can you take away from that and what can you learn and how can me make our city better so we don’t have an incident like that.”

Tuesday will be an important day for food trucks and their ongoing relationship with the city, as Sioux Falls moves ahead with putting rules and regulations in place. All of this in the recent aftermath of the explosion that took place in Minnesota.