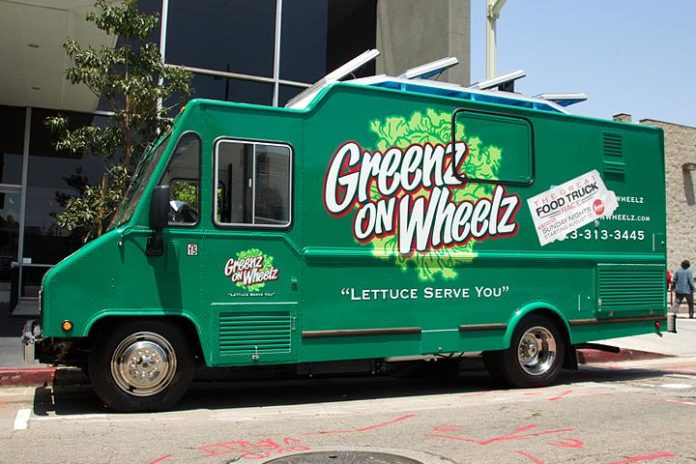 Over the last two years, it seems like everyone and their moms, and their mom’s hairdresser, are launching food trucks. And it isn’t just trucks, either — carts, bikes, wagons and Airstream trailers are parking in cities across the United States to sell food and Tweet about it. Thinking of getting into the game yourself? Serious Eats talked with a few successful and unsuccessful ventures to try and figure out how to do it right (and avoid the many pitfalls).

There’s more to planning a lucrative mobile food business than just parking somewhere and crossing your fingers. Even if your idea is great, you must first be aware of local regulations. In the summer of 2009, Chef Charles Kelsey had a plan to start a sandwich truck in Cambridge, MA. But unlike cities such as Portland, OR, where the process of opening a curbside business is coherently laid out by the city and permits are pretty easy to snatch, Cambridge didn’t have such a clear-cut process.

“It was a freaking nightmare,” Kelsey said about trying to get a parking space in the Kendall Square neighborhood. After getting over 20 recommendation letters from local business owners and influential residents, still with no city support, he gave up the mobile concept and went on to open Cutty’s, a successful brick-and-mortar sandwich shop in Brookline. Since then, August of 2010, Boston city councilor Michael Ross called for an easier permitting process and the area is slowly making progress.

Before even thinking about launching a mobile business, ask yourself one simple question: how many months can I be open? With tight operating costs, “you can’t afford to have a day where you don’t make money,” Kelsey notes. In a city such as Boston, harsh winters make waiting outdoors on line a grim option for many diners. Even during the summer, it can pour for days, taking a serious bite out of your business. Your model must account for this.

Ah, money. Once you’ve dealt with regulations and weather, it’s time to raise the capital. Starting a street food business may be cheaper than opening a restaurant, but not necessarily by much. Before Marvin Gapultos hit the streets in The Manila Machine, his Filipino food truck in Los Angeles, he was surprised to learn by fellow mobile venodrs that startup costs could “range between $15,000 to $80,000,” depending on weather you are leasing or buying, weather you can find a truck that’s already outfitted for cooking, and how fancy you want your ride to be.

“I didn’t need a pimped-out, stylized truck. Just one with a window. For me, it was all about the food,” said Kelsey when asked about his initial vision. A truck in decent condition will cost you at least $15,000, then you have to figure $10,000 to $15,000 for refrigeration and other kitchen outfitting — and that’s just a bare-bones estimate. Any special equipment, like a meat-roasting spit, will bring it up even more. A prudent business plan will allot at least a year’s worth of food, labor, and vehicle maintenance costs without assuming any proft — easily $60,000 right there. All told, $100,000 in startup costs is not unheard of.

Want more tips on starting a food truck? Check out these stories:

Match Your Menu To Your Market

As hokey as it sounds, Gapultos says he does it to feed people and put smiles on their chewing faces. And because, as a Filipino-American, he was frustrated with the lack of pollo adobo and sisig available in Los Angeles. There were no other Filipino trucks, making it a perfect niche market for him to own.

“Do one thing, and do it well.” Every vendor will tell you that. Keep your menu streamlined — diners flock to focused, specialized menus. Cases in point: Bananarchy, a successful frozen banana truck in Austin. Caseus, a New Haven truck specliazing in grilled cheese. Schnitzel & Things, which serves fried pork to New Yorkers. Not to mention scores of taco and gyro trucks in any number of cities.

Specializing reduces the amount of equipment needed and speeds up workflow. This allows you to deliver food faster, keep lines shorter, and serve more customers per hour. All of this translates into better profits.

Whether in a brick-and-mortar restaurant or a food truck, planning prep work is absolutely essential for keeping up with the lunch lines or the prime latenight snacking rush. Within the cramped confines of a truck, having simultaneous crews prepping and serving customers is a near impossibility. The only way to make it work is to prep 100 percent in advance for the day.

In most locations, any chopping, baking, frying or prepping of any kind needs to happen in a health-inspected kitchen. If you’ve already got a full restaurant associated with the mobile one, you’re all set for prep work. If you’re not affiliated with a restaurant but need the extra prep space, one of the cheapest options is a church kitchen — they’re often sitting unused, except on Sundays or the occasional potluck.

Finding, claiming and obtaining an empty space of concrete that’s in a central, pedestrian-attractive spot with high visibility will drive a great deal of your business. At the same time you don’t want to start a turf-war by swooping in on a neighboring vendor’s spot. Every city has different rules about parking permits, but ideally you’d have a regular spot where eaters can expect to find you — unless, of course, you go the roaming route.

If you’re roaming — at farmers’ markets, wedged between office buildings, in parks — that’s where Twitter comes in. Give realtime updates of where you’re parked, where you’re headed, specials of the day, or even the occasional musing to keep followers interested. But be careful what you Tweet: Gapultos says that tweeting your location is “not unlike a mushroom wrangler going into town square with a bullhorn, then revealing the location of his secret ‘shroom stash to all within earshot.” Pretty soon, competing mushroom wranglers will want in on the once-secret stash of customers.

Of course, competition is not all bad. A known location with multiple trucks offering various different wares can attract more customer per truck than a single-truck space, particularly for groups of customers looking to make sure everyone is happy with their options. The key is to keep competition friendly. Parking your falafel truck right next to another falafel truck will be taken as a hostile move. Not necessarily so if you decide to sidle up next to say, a taco van.

One of the good things about parking near other trucks is the unwritten food trucker’s trading code: When parked neareth other food truckers, thou shalt offer them thine own bounty. It isn’t unusual for a vendor to put together a tasting platter of his finest for other vendors to sample and vice versa. It’s also a great way to get fed during a busy lunch rush.

And speaking of busy hours, the inevitable bathroom issue is something that Gapultos also has an opinion on: “During a shift, I don’t go.”