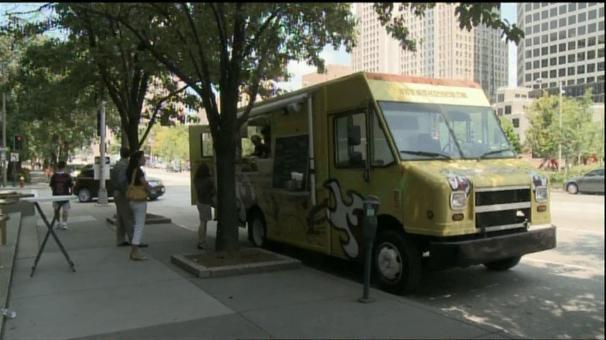 Travel to any major city and mobile food vendors are everywhere. That idea has finally caught on in St. Louis. But when a few trucks left the confines of the downtown area, someone complained to police and now the Mayor’s office says the city won’t be a spoiler.

The Cha Cha Chow truck is the first to get a roaming license. They knew they couldn’t park in front of brick and motor restaurants, but last week, police kicked them off a Central West End curb. The truck became a regular fixture on Wednesdays near the Center for Advanced Medicine. Barnes Jewish employees enjoyed the option and the hospital was supportive.

But access is now the enemy. Public concerns mounted at the corner of Euclid and Forest Park Parkway.

“The rest of the city has a patchwork of laws a quilt of laws and the same is true of street venders and our thinking here has been no harm no foul.” said the Mayor’s Chief of Staff Jeff Rainford.

Barnes employees can Cha Cha Chow again on Wednesday. Cha Cha Chow will return to its regular spot in the Central West End at Euclid and Forest Park Parkway. They are generally on the streets from 11:00am until 2:00pm.