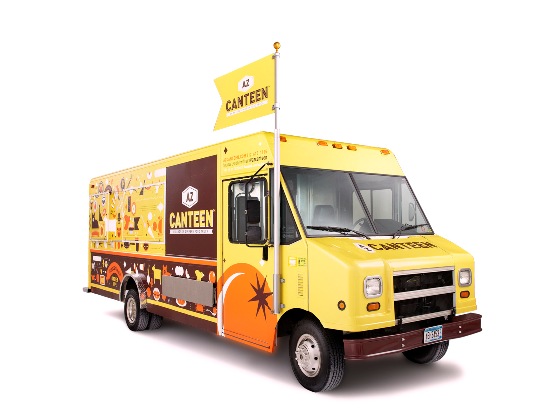 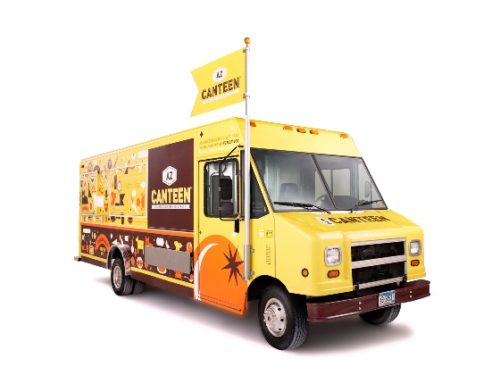 In just a few years, food trucks have flat-out invaded downtown St. Paul during lunch hour in the warmer months.

For the adventurous eater, this is good news. Options range from Indian to Japanese to Latin to burgers. But there are so many options it can be difficult to make a decision, so I’m here to help.

Here are the 10 trucks I’m digging the most right now, but with new street food popping up all the time, my list is sure to change next week.

There are food-truck gatherings two days a week on Kellogg Boulevard: Wednesdays near Wabasha Street and Thursdays near Robert Street. On other days, the trucks tend to congregate at Mears and Rice parks.

All the trucks on my list frequent downtown St. Paul with some regularity. Most entrees at the trucks hover in the 6-to-10 range. Plan to spend more if you order sides or drinks. Most trucks take credit cards.

AZCanteen: Veal tongue sandwiches and goat burgers might push us Minnesotans a little out of our comfort zones, and that’s the point. “Bizarre Foods” host Andrew Zimmern’s truck proves that expanding your protein picks is a delicious idea. Everything on the menu is good, including the tart Jamaican hibiscus punch. Twitter: @azcanteen; website: azcanteen.com

Cafe Racer: This newbie to the street-food scene is churning out tasty Latin food. I haven’t sampled the whole menu yet, but the juicy pulled pork, nutty rice and interesting carrot souflee I have eaten assure that I’ll go back for more. Twitter: @caferacermn; website: caferacermn.com 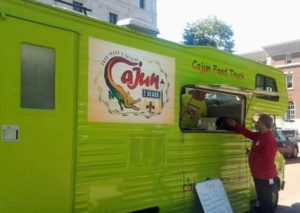 Cajun 2 Geaux: Chef Tim Glover grew up in Louisiana, and eating his red beans and rice and po’boys and jambalaya is like taking a trip to the Big Easy. He also fries beignets to order. His son often takes your order, and there’s nothing like a little Southern family togetherness to make you feel at home. Twitter: @Cajun2geauxTim; website: cajun2geaux.com 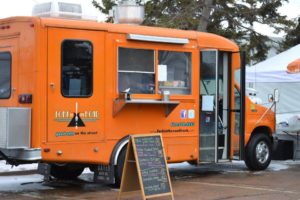 Fork in the Road: The BBQ pulled-pork grilled cheese is a monster sandwich, and the masses can’t get enough of it. The combination of Texas toast, tangy barbecue sauce, caramelized onions and American cheese is the ultimate street-food comfort food. The truck also serves such fun sandwiches as molten meatball sliders and a rocking Asian noodle salad, which would be perfectly refreshing on a hot day. Twitter: @forkNroadtruck; website: forkintheroadtruck.com 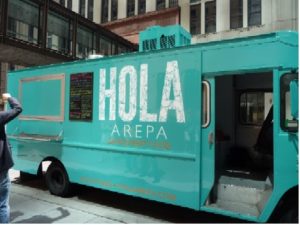 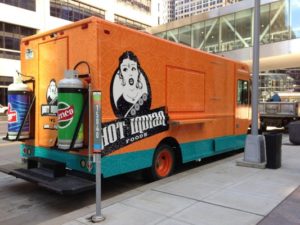 Hot Indian Foods: This colorful recent addition to the street-food scene already is making a splash. Choose from four Indian curries to fill what owner Amol Dixit, who charmingly takes orders street-side, calls Indurritos. Curries are joined by basmati rice and a crunchy slaw for a portable Asian lunch. Can’t decide which to try? Get a flight — three tacos, each filled with a different meat or vegetable-based curry. For me, it’s a toss-up between the spinach paneer and the chicken tikka masala. Twitter: @hotindianfoods; Facebook: facebook.com/hotindianfoods; website: hotindianfoods.com

Neato’s: Three words: duck fat fries. That said, the truck’s nicely seared, lunch-size burgers nestled in pillowy buns are nothing to sneeze at, either. If you’re feeling daring, give the jalapeno popper burger a try — the combo of peppers, cream cheese and raspberry preserves is a party in your mouth. Twitter: @neatosburgers; website: neatosburgers.com 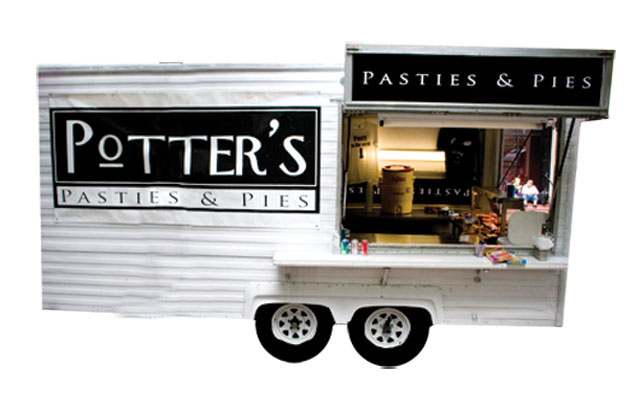 Potter’s Pasties: Perfect for our cold, wet spring, these filling, handheld pies feature such inventive fillings as Thai vegetable or pork and apple stuffed into a flaky crust. There’s also chicken potpie or a traditional meat and potato for the less adventurous among us. Twitter: @potterspasties; website: potterspasties.com 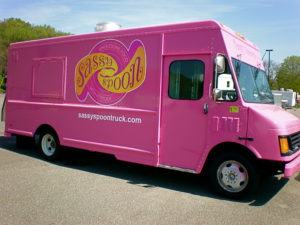 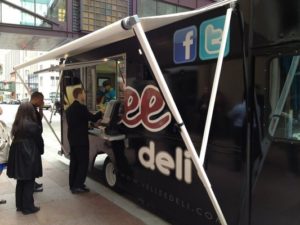 Vellee Deli: If you like it spicy, Vellee Deli is a sure thing. I have a hard time choosing between the Chicken Currito, a combination of Thai coconut curry chicken, rice and potatoes, and The Mojo, a zippy lemongrass and ginger sausage topped with papaya and pico. Vary the heat level depending on your preference. I usually go with two of three available “kicks” of Thai chile, which is enough to leave my lips burning and nose running. Twitter: @velleedeli; Facebook: facebook.com/velleedeli; website: velleedeli.com