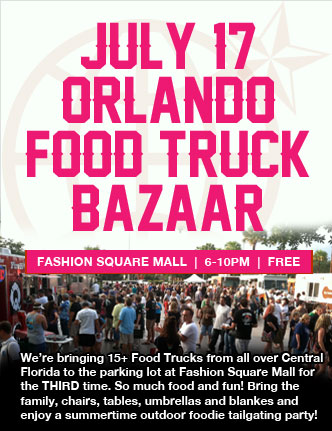 About: Sunday dinner is served! Each month in Orlando, TheDailyCity.com gathers the area’s best food trucks, carts and wagons from Orlando’s growing food truck scene in one spot for a family-friendly, all-ages evening of sampling and snacking. And this ain’t fast food, people! This is gourmet goodness: chefs, cooks, foodies all prepping and cooking delicious fresh food for you. NO FAST FOOD! Free admission.

Tips: Think tailgating because seating is not provided: bring chairs, tables, blankets. Lines will be long so bring friends and send them each to one truck to order some food, meet back and everyone share in one gigantic sampling meal. The early birds get the worm, but so do the late ones: show up after the rush for shorter lines. BRING CASH. Some vendors take credit, others do not. It will be hot (hello it’s July in Orlando) so be prepared. 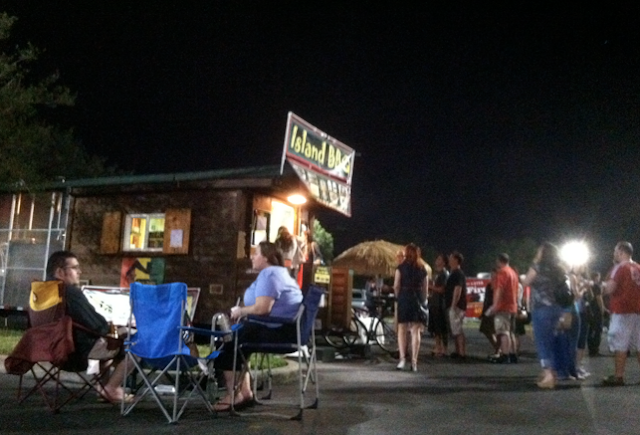 Folks who brought chairs could relax and eat. 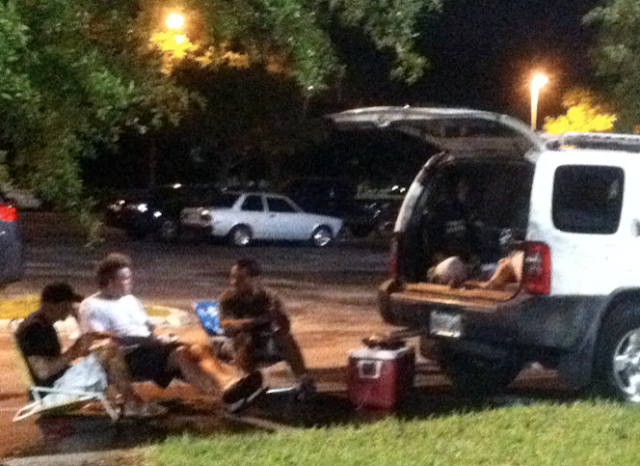 Tailgating action. You can’t see it, but there are folks also eating inside the truck. 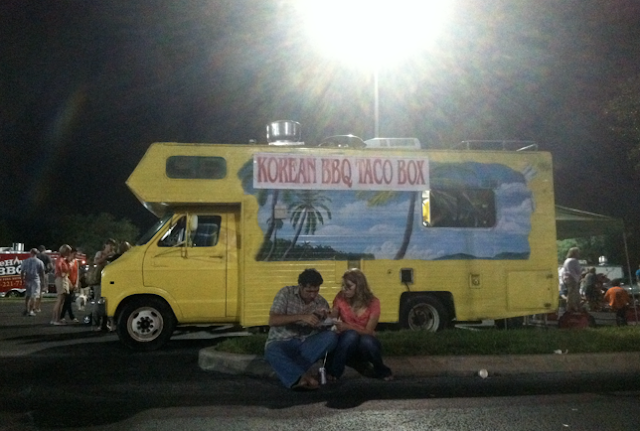 Even without chairs, this couple enjoyed their meal together right behind Korean BBQ Taco Box. 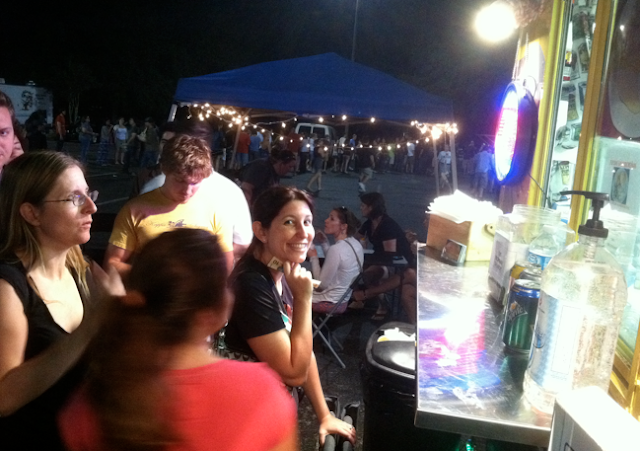 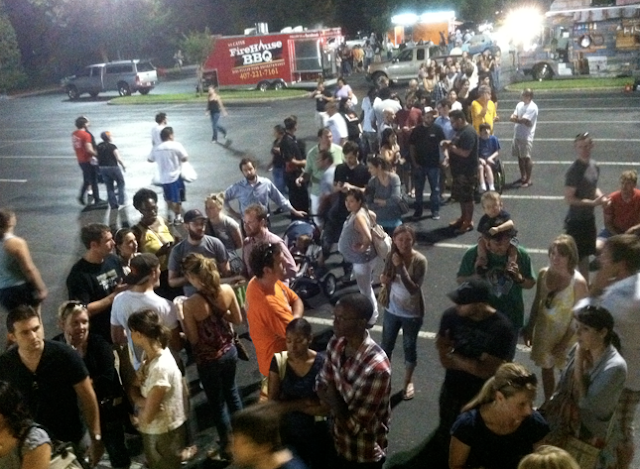 Lines are just a reality of food truck events of this size. Expect ’em. 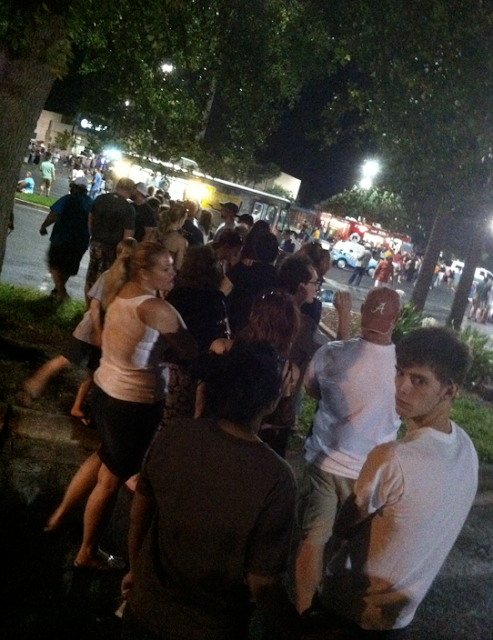 The Yum Yum Cupcake Truck brought 700 cupcakes to the first bazaar and sold out. This time they brought 1,400… and sold out. People love these things! 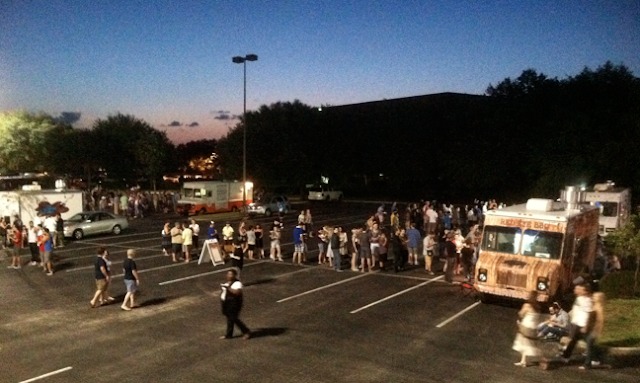 The Red Eye BBQ Truck did more business at this bazaar than at the last. 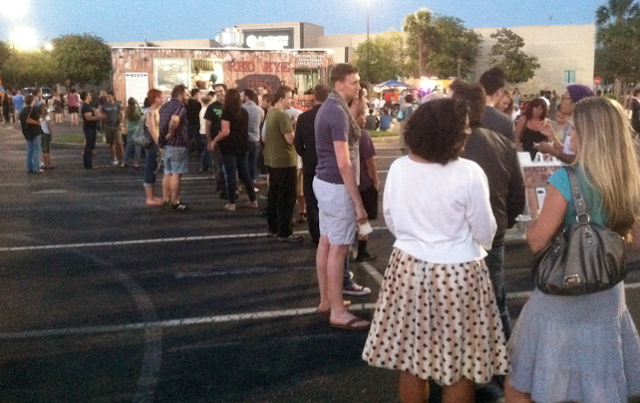 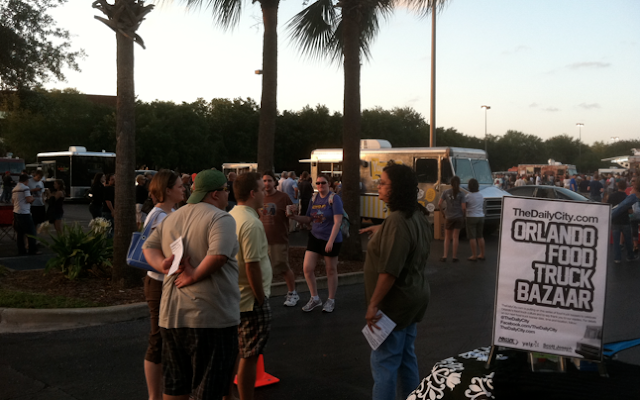 At the entrance, volunteers let guests know about long wait times and gave some tips on what to expect. They handed out 400 flyers giving the “hard facts” run down, and when those ran out, they told them verbally. We hope this helped people prep for the experience. 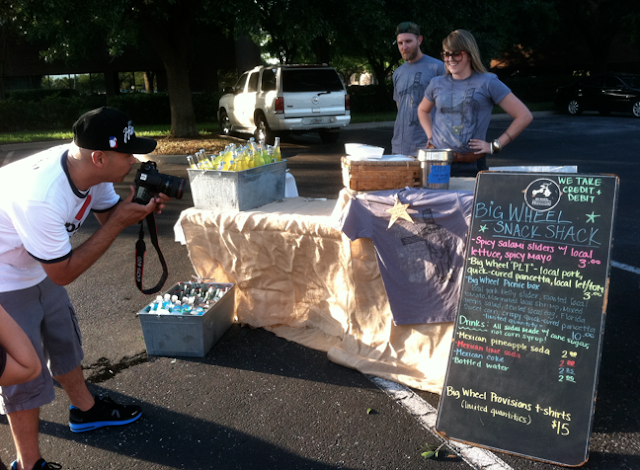 For those who wanted a quick bite and couldn’t wait in Big Wheel truck’s line, food and drink by the gourmet truck was sold at a table right next to the truck. That’s food blogger Droolius on the left snapping photos for his blog. 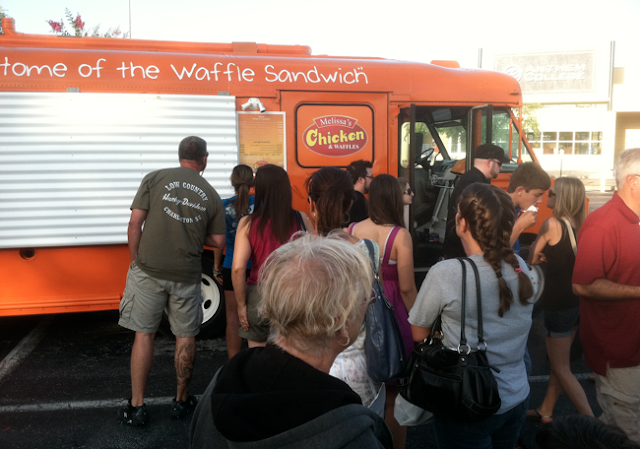 Before they opened, the brand new Melissa’s Chicken &amp; Waffles Truck had a line. We were so happy to have this truck launch at the bazaar. It was the very first time the truck served in Orlando! Congratulations and welcome to the food truck family! 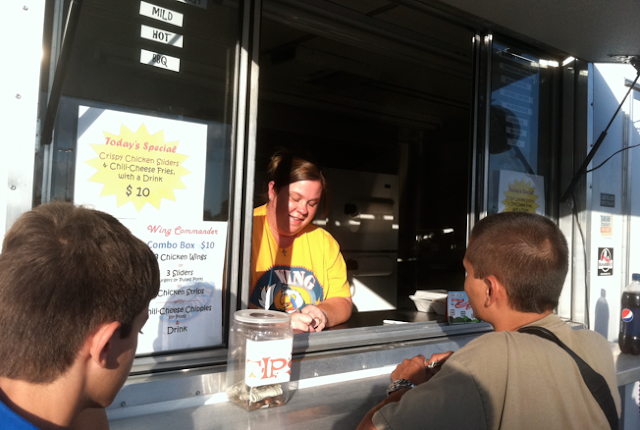 All the way from Miami, The Wing Commander told us they enjoyed Orlando’s bazaar and getting to meet the local truck owners and diners. We hope to have them back! 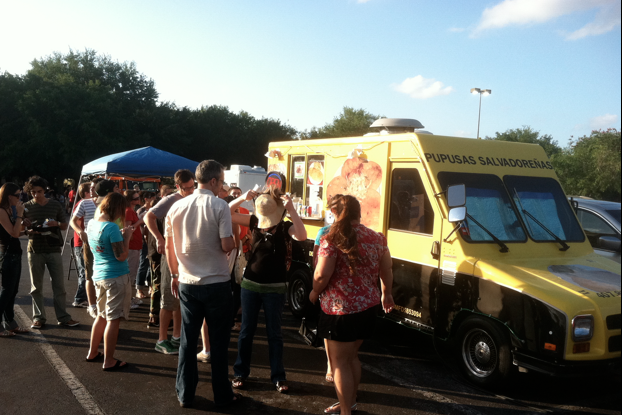 Before they opened, the Pupusas truck had a line as well. 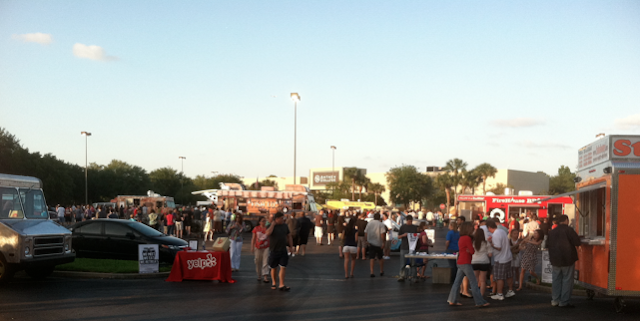 The view as diners entered 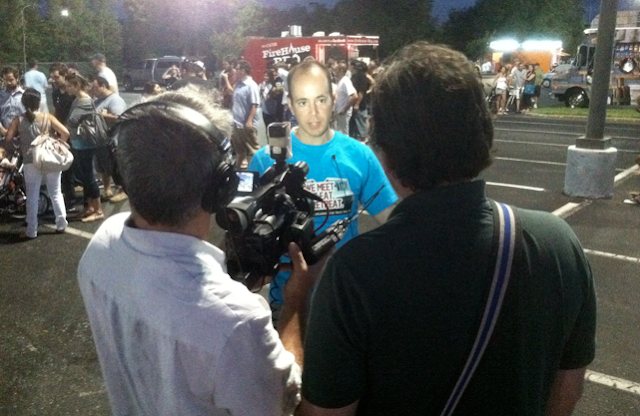 Bazaar Founder and Producer Mark Baratelli being interviewed by a team of filmmakers producing a documentary on the Orlando food truck scene.
History
TheDailyCity.com has been a proponent of food trucks dating back to 2009 when we started hosting food truck meetups called Taco Truck Taste Tests. We’d ask readers to meet us at trucks all over the city, one truck at a time, and try the food, explore new parts of the city, support small businesses The goal was to raise awareness of our city’s food trucks.
Also in 2009, we took the idea of food trucks and thought, “If you can sell food from a vehicle, what else can you sell?” and launched TheDailyCity.com Mobile Art Show, a monthly show in downtown Orlando that takes place in a moving van.
In 2010, we read about the Hells Kitchen Food Truck Bazaar, loved the idea, but thought it was a bit too ambitious for us to tackle. So, we blogged about it and left it at that. In January 2011, the owner of Red Eye BBQ food truck suggested we were the ideal people to put on a food truck event like the gatherings happening in Miami and across the country. With his vote of confidence, we made an official announcement February 2, 2011 and watched it come to life for the very first time on March 29, 2011.
Producer
Producing LLC is the Creator and Owner of TheDailyCity.com, the TheDailyCity.com Food Truck Bazaar, the 2nd Annual Orlando Improv Festival Sept 25-27, 2011, the 3rd Annual Audience Choice Awards May 29, 2011.
http://www.thedailycity.com/2011/07/sunday-orlando-food-truck-bazaar-4.html