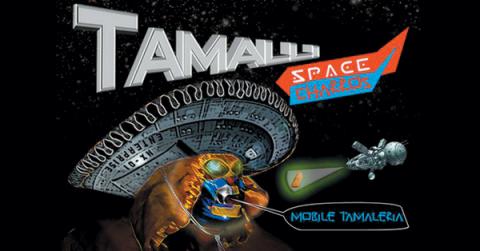 Neither sleet nor snow nor 4pm sunsets have curbed the food-truck movement, which recently added four new recruits to its fleet.

Sweet Miss Giving’s, the bakery that has an outpost at the French Market and that donates 51 percent of its profits to Chicago House, launched its truck in late December with a lineup of scones and muffins in the morning and brownies and cupcakes in the afternoon. “January is a cold time to be outside, but we’ve gotten a lot of response,” says COO Dana Friedman Lieberman.

A similar truck (with a similar name) hopes to also capitalize on the public’s imperviousness to the weather. Sweet Ride was a food truck phenom in San Francisco before Lupita Kuri bought the business and had the truck (and all its recipes) shipped to Chicago. Fearful of cupcake overload, Sweet Ride offers Whoopie Pies, puddings, mouses, cinnamon-spiked hot chocolate and eventually hopes to offer mini pies. (And, fine, it also offers cupcakes, but who’s counting?)

Serving neither cupcakes nor brownies but tamales and an endless stream of sometimes nonsensical rhetoric is the Tamalespaceship, a long-in-the-works tamaleria-on-wheels from Tamalli Space Charros. The truck—helmed not by people, per se, but characters, in full lucha libre get-up—may actually be an elaborate performance art piece. (If it is, they are at least taking the food seriously—former Mixteco Grill chef Raul Arreola is the consulting chef.)

And the final addition to the city’s small but significant cadre of not-cupcake trucks is The Southern Mac, chef Cary Taylor of the Southern’s mobile ode to macaroni and cheese. “I told [Matt Maroni, the food-truck evangelist who operates gaztrowagon] I wanted to do a food truck,” Taylor says. “And he was like, ‘Well, why don’t you?’ ” Taylor’s four types of mac-and-cheese (bacon, blue cheese and roasted apple; smoked gouda; white cheddar with sun-dried tomatoes and caramelized onion; and a Cajun version with crawfish and andouille) will begin making lunchtime stops by the end of January, and continue until either people’s interest in mac-and-cheese ends, or their interest in food trucks does. Neither of which will likely be very soon.