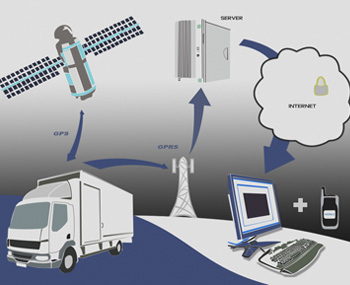 UPPER WEST SIDE — Call it the Grub Positioning System.

Upper West Side City Councilwoman Gale Brewer wants to use GPS to keep tabs on food trucks, which she says are invading residential areas and driving locals crazy with noise, fumes, and trash.

Brewer recently wrote to Mayor Michael Bloomberg calling for a crackdown on the trendy trucks, which have become the darlings of the foodie set and diners on-the-go who need a quick, cheap bite.

But for the residents who live near them, the four-wheeled food vendors are a headache, Brewer says.

She’s seen a “sharp spike” in complaints from neighbors who say the trucks run noisy, smelly generators for hours on end, park in front of fire hydrants and bus stops, monopolize parking spots and leave trash on the sidewalk.

“I’m not against food trucks,” she said, adding that the mobile vendors provide fresh, inexpensive food. “But I’m against trucks that have noise and pollution. They have to be clean, they have to be quiet, and no one has figured out how to do that.”

A police crackdown has pushed food trucks out of Midtown, and they seem to be migrating to the Upper West Side, Brewer said.

She wants the city to consider limiting the number of the trucks allowed in a neighborhood, but right now it’s impossible to do that because the city doesn’t keep tabs on how many mobile food vendors are on the street or where they are.

Some gourmet trucks have such devoted fans that they post their whereabouts on Twitter, but Brewer wants a comprehensive system of “real-time data” to track the exact location of every mobile food vendor.

That’s not the only change she’d like to see. Brewer said the city should explore the idea of making food trucks use “green” generators that wouldn’t pollute the air, and streamline its approach to controlling the trucks.

At least five city agencies have a say in how food trucks can operate, which creates confusion, Brewer said.

“We agree with Council Member Brewer that we need clear and fair regulation and enforcement of mobile food vendors throughout the city,” Basinski said in a statement.

“Right now, there is not – in part because vendors are not at the table when these issues are discussed.”

A cook at A-Pou’s Taste, a food truck that sells five pot stickers for $3.50 outside the Trader Joe’s at West 72nd and Broadway, said he liked the GPS plan. “I think it’s a good idea, so we can know how many there are, especially if they’re working without permission,” he said.

Abdalla Hassan, a 27-year-old Egyptian who cooks at a halal cart on West 70th Street and Amsterdam Avenue, said he wouldn’t mind if the city beefed up oversight of food trucks. To him, city rules are a small price to pay in exchange for working a flexible job that lets him go back to Egypt regularly to visit his wife and family.

“Show me what to do and I’ll do it,” Hassan said, proudly showing off his latest health inspection.

Edward Prokopiak, a food truck vendor at West 68th and Broadway who’s had heated confrontations with neighbors about the noise and smells from his truck, says he’d have no problem using GPS and a “green” generator — as long as it doesn’t cost him.

A neighbor who lives near Prokopiak’s truck, the Pot Luck Cafe, said he too supported Brewer’s plans to control the trucks. But first he wants the city to do a better job of enforcing existing rules.

The resident, who didn’t want his name used because he fears retaliation from vendors on his block, said the trucks routinely flaunt the law by parking in front of bus stops and fire hydrants and idling for more than three minutes.

“These people should be getting tickets every single day,” the angry Upper West Sider said.

“And if they’re not following the laws, they should be thrown out of the community.”