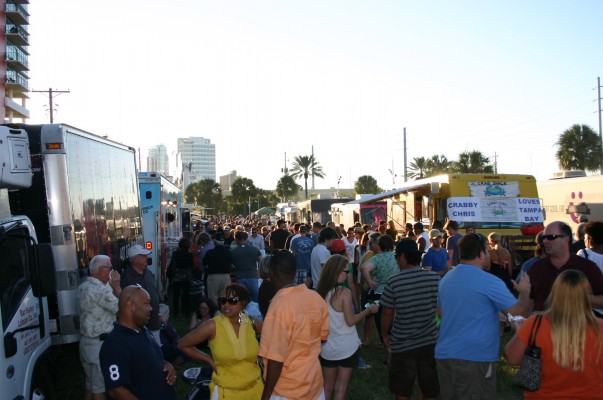 Board schedules a study session for February 12

The DDA board decided Friday to schedule a study session for Feb. 12 at 7 p.m. at the Governmental Center, an opportunity for downtown restaurateurs and other businesses to give their opinions.

In 2012, the Traverse City Commission asked the DDA for input on how to handle transient food vendors, and the DDA came back with a recommendation that included raising the fee charged in peak season from $50 to $100 daily. The city planned to impose the hike on all food trucks within the city, but the DDA had only intended to address food trucks in the downtown district.

At that point, fees were rolled back to $50 daily outside of downtown in high season.

“I think they came back with the scenario that was probably, in their opinion, isolated to the downtown,” said Traverse City Mayor Michael Estes. “The city commission didn’t necessarily read it that way. We thought it was a good business decision for the community. Now we’re in this limbo phase.”

Subcommittees of the DDA and city commission have been meeting to discuss the fees and rules governing location and regulations. DDA Executive Director Bryan Crough said the study session would be a good way to hear from downtown restaurants. Until now, Crough said, there hasn’t been a vocal response one way or another from them. But “our assumption is, the few we’ve talked to are very nervous about it,” he said.

It’s one thing for a food truck to set up near Northwestern Michigan College or Munson Medical Center, where there is not a concentration of restaurants, Estes said. At the same time, he’d like to see one unified program governing food trucks city-wide.

“Those businesses are there 365 days,” he said, adding later, “A truck comes down there without the same overhead and will compete with those people. I think we need to think about the people that exist there.”

“Don’t squash this out of the idea of trying to keep the good old boys in business,” he said. “They want to stay in business even though they’ve been here for 20 or 25 years? Step up the game.”

Estes said the city wants a policy in place by summer.