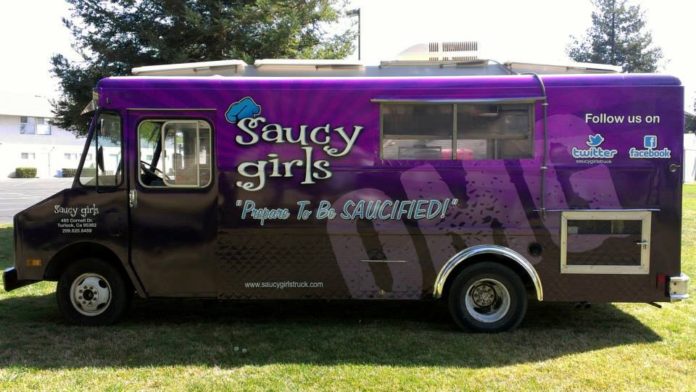 By Marijke Rowland  | The Modesto Bee

At its regular meeting Tuesday evening, council members voted unanimously to impose a 45-day moratorium on new mobile food facilities in downtown Turlock while they study and possibly change the current permitting ordinance. The move came at the behest of the Turlock Downtown Property Owners Association, which sought the moratorium because of an impending mobile vendor’s plan to open along West Main Street.

That owner, Christopher Shaun, is in the process of opening a new “healthy alternatives” food trailer on the corner of West Main and Broadway Street. His business, Vida-Vital, will sell smoothies, crepes, salads, wraps and fresh fruit bowls.

“I wasn’t going to go down without a fight,” said Shaun, who attended the Tuesday meeting and spoke on his behalf. “I will still continue to fight for my right and the entrepreneurial spirit. I believe in equal opportunity.”

Shaun, a former U.S. Marine and electrical contractor, has been working with the city of Turlock since October to obtain his mobile food facility permit. The permit allows food trucks and trailers to set up residence on private property. The permits differ from the itinerant vendor permits the city also issues in that mobile facilities remain primarily in one place instead of traveling around.

Itinerant vendors, such as The Cupcake Lady, are limited to 30-minute stops in any one location.

At the beginning of November, representatives from the Turlock Downtown Property Owners Association sent a letter to the city requesting a moratorium on downtown mobile facility permits and hoped to block Shaun’s opening.

Association Administrator Dana McGarry spoke at the meeting and argued that mobile food vendors have an unfair advantage. They do not have to pay the 42 cents per square foot in extra property tax to the association each year that their brick-and-mortar counterparts do to help maintain the downtown area.

“They do not pay these taxes yet they derive the benefit,” McGarry said. “We are simply asking for a cooling-off period so we can examine the merits of these types of businesses and if they are appropriate for the downtown core.”

There is one other mobile food facility in downtown Turlock, the Saucy Girls Food Truck. Owner Kari Hernandez spoke in favor of allowing mobile vendors to continue in the downtown area. Her truck is at 416 E. Main St., near Pacific Tire & Wheel.

Still, other downtown business and property owners wanted the mobile facility permits re-examined and the rules amended. Turlock Downtown Property Owners Association President Eric Gonsalves of Brownstone Equities said mobile vendors might not be a good fit for the area.

“(We) want to keep up with the aesthetics and character of downtown. We want the ordinance looked at to make sure this is part of what we want in the downtown core,” he said.

Dust Bowl Brewing Co. co-owner Brett Honoré also voiced caution about allowing mobile vendors to set up shop. The Vida-Vital trailer will sit across the street from Dust Bowl. His concerns centered around having enough facilities for the customers who frequent the mobile vendors to use.

“There’s still a lot of room downtown and the more the merrier,” he said. “However, I’m concerned about the restrooms and the aesthetics. I don’t want us to get in a situation where adequate restrooms are not supplied.”

Mobile food facilities are required to have access to a nearby restroom for its employees. Shaun said he has an agreement with a nearby business for use of its facilities.

During discussion, council members seemed perplexed that Shaun would receive approval from the city for the Turlock Irrigation District to install electrical service without having his business permit approved. He told the council he had invested close to $3,000 in electrical installation and upgrades already. He has spent more than $60,000 to get his business running, including purchasing the trailer.

Councilman Steven Nascimento apologized to Shaun for “failing” him, but also said he saw wisdom in possibly amending the permit rules.

“It’s a shortcoming of the city. We should have been ahead of this. Maybe we want to have stricter requirements,” he said. “When an applicant comes to the city in good faith, plays by the rules and we change the rules on them midapplication, it’s hard.”

Councilwoman Amy Bublak agreed and offered an amendment to the initial resolution that grandfathered in Shaun’s one-year permit. The amended resolution passed unanimously, but Nascimento cautioned Shaun that his permit may not be renewed next year because of potential ordinance changes.

Shaun plans to open Vida-Vital on Dec. 6. It will be open during lunch and dinner hours.