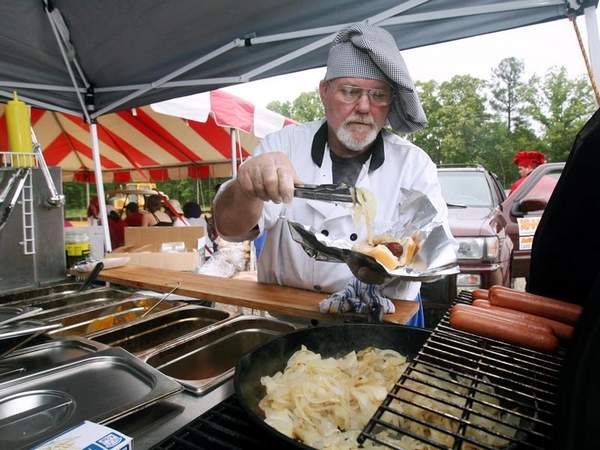 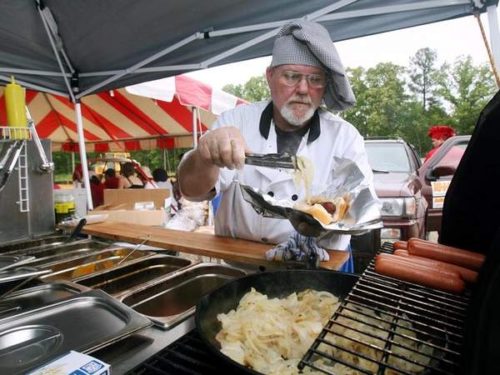 On Tuesday, the City Council will vote on whether to grant a new franchise license to Benny’s Hotdogs, the only regular street vendor in the downtown area.

Despite opposition from some downtown bar and restaurant owners, Mayor Walt Maddox has voiced his support for approving it.

But Benny’s Hotdogs, which pops up on downtown street corners during various times of the year, is an anomaly.

Several other street vendors show up only during football season, but for them to get licensed this year, they will have play by a stricter set of rules.

At the instruction of Maddox, Tera Tubbs, director of the Tuscaloosa Department of Transportation, will not sign off on a franchise license for these vendors if they don’t agree to stay out of downtown parking spaces.

Tubbs said a complaint that TDOT and public safety officials have dealt with in the past is that food vendor carts, which can only operate in public rights-of-way in the downtown area, would take up multiple parking spaces and force patrons to wait in nearby spaces or in the street.

Now, these vendors will have to set up on sidewalks.

“We have so much demand for our parking places downtown,” Tubbs said. “This won’t take away from that, and it’ll keep the really big (food vendor carts) from setting up in the downtown.”

Vendors outside the downtown area will see few, if any, changes to their modes of operation.

While a franchise license — an agreement between City Hall and a private business to operate within the city’s rights-of-way — is required for downtown vending, it is not required for street vendors outside of this area.

Those operating away from downtown must obtain a vendor license only, and these vendors can set up on any patch of private property as long as the owner grants permission.

However, these vendors must meet the standards of the city’s Planning and Development Services, the Tuscaloosa Fire and Rescue Service and the state Health Department before the vendor’s license will be issued.

And whereas Northport is poised to require these vendors to provide access to restrooms, the only demands on street vendors outside of downtown Tuscaloosa are made out of health concerns, such as having access to hot running water and having a place to store the subsequent waste water.

“They have to be able to contain (the water) and haul it away to wherever,” said Vincent Brown, associate director of the city’s Revenue Department. “They have to meet all the requirements, almost like a site-built place, but if those various departments sign off and say it’s OK, then we’ll sell them a license.”

Brown estimated that between 50 and 75 businesses have licenses to vend food on Tuscaloosa streets, but they are temporary and seasonal.

The bulk of them, he said, only become active when the University of Alabama’s home football schedule kicks off.

“They come strictly for crowds and they come from all over,” Brown said.