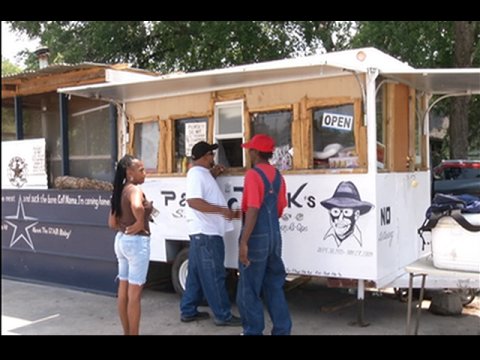 You may have noticed a new addition to street corners and parking lots. Food trucks are taking over the fast food scene and they’re coming to a neighborhood near you.

Papa Jack’s has been open for 3 months. They sell out before the dinner crowd can make it out. Something that’s bringing owner, Gerald Hicks, closer to his ultimate dream. “It’s like one of my dreams to have a small BBQ place and I couldn’t really afford to have a big restaurant so I’m just basically trying to crawl before I can walk. “

Gerald is not alone. The Ramirez’s started off their business with a food truck. Taqueria Zacatecas is now an establishment. “It took a while but its really worth it because they worked really hard for it and I’m really glad to see how much the work is paying off,” says Jennifer Ramirez.

Food trucks are everywhere, but not all of them comply with regulations. “Was the food prepared safely and if not then is that going to lead to a food borne illness and that’s what our concern is for permitting,” says David Litke, of the Waco Health Division. And with the summer starting, we will be seeing a lot more trucking along.

“Now we have a bunch of Baylor students coming and a whole bunch of people from all over the place,” says Ramirez. Word of mouth is proving to be very useful for their business.

Health inspectors say before eating at any food truck look for an open air vendors permit. It tells you that they’re actually playing by the rules.

Anybody interested in opening up a food truck can go to their local health department and pick up a packet explaining the requirements.