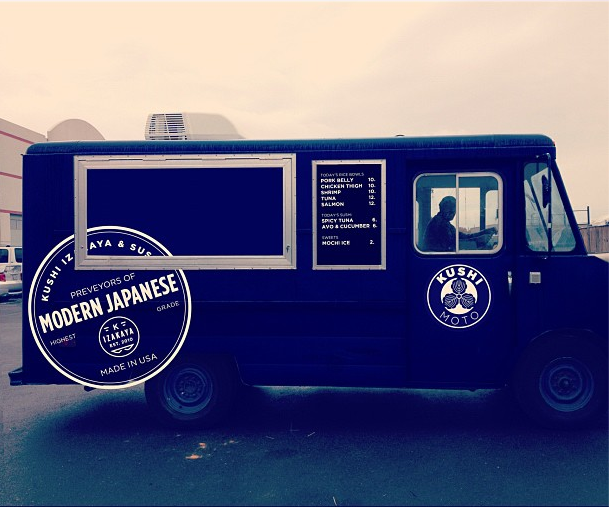 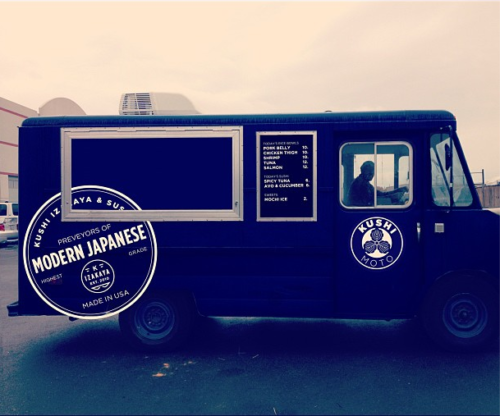 More details on the truck as they become available.

Norris tells us that the truck is set to launch mid-to-late next week.

“We’re trying to expand our brand at Kushi. We’re a little bit limited in this neighborhood for lunch,” he says. “So our big motivation was to go out on the road and capture some of that lunch business.” The former Ridgewells Catering chef says he also hopes to use the truck for catering.

Those rice bowls are a Japanese street food known as donburi and are featured on Kushi’s regular menu. Norris says he’s still finalizing prices, but they will likely range from $8-14. The sushi offerings will include about five different rolls ($5-8) as well as some nigiri (sets of four for $10). Also look for Japanese sodas and candy. Ice cream mochi will come a little later.

When Black Whiskey opens, the truck will take up residence in the backyard of the restaurant during evenings. Norris owns some parking spots and plans to build a deck back there, so people will be able to order a rice bowl or sushi to go with their drinks at the bar.