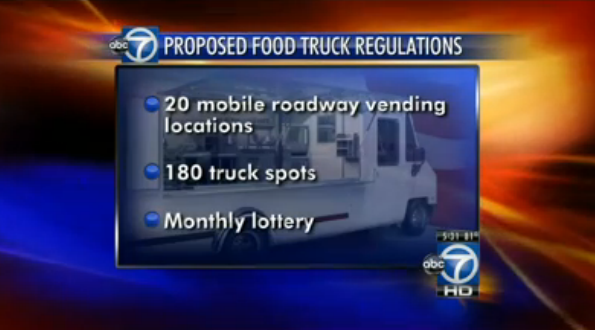 On a sunny spring Friday, the D.C. food trucks are wildly popular.

But while orders are being filled, the future of this burgeoning industry is being decided by the District government.

On Friday, a hearing was held to hammer out regulations for D.C.’s 200 food trucks.

The District is considering establishing 20 mobile roadway vending locations that would include 180 spaces for trucks. A monthly lottery would be held for each of those locations.

Trucks would be limited to the 20 locations with a 500 foot buffer in which no other trucks could locate.

Opponents say the plan would put several food truck operators out of business.

Consumers are concerned that more rules will mean less choice.

The D.C. Council will now consider these proposed regulations. A final decision is expected by June 22nd.