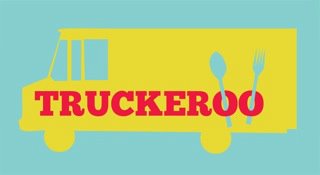 At the final Truckeroo of the year this Friday, food trucks will be collecting donations and raising money for a Navy Yard shooting fund.

Ryan Kim, co-owner of the SUNdeVICH food truck and Shaw restaurant, said the idea for a fundraiser started out small, but turned into a plan to “make it a big event” by rolling it in to Truckeroo.

“All of us food truckers park there [at the Navy Yard] at some point in time,” he explained. “We know the people there, they’re good people.”

Che Ruddell-Tabisola, the co-owner of the BBQ Bus and political director for the Food Truck Association, added, “We know these guys on a first name basis. We know their sports team. We start their order when we see them in line.”

Kim, whose mother is a federal worker, has already raised hundreds of dollars for Navy Yard shooting victims. In the week after the shooting, Kim said for every sandwich the SUNdeVICH truck sold he donated a dollar to aCrowd It Forward project.

Ruddell-Tabisola said he doesn’t know exactly how many of the over 20 trucks scheduled to be at Truckeroo will participate, but he imagines most will in one way or another.

Kim said he doesn’t “want to force trucks who have already committed to make donations. But we’ll leave out a donation bucket, and we’ll let each individual truck decide how they want to make a donation.”

All money raised Friday will go to the Community Foundation for the National Capital Region’s fund.