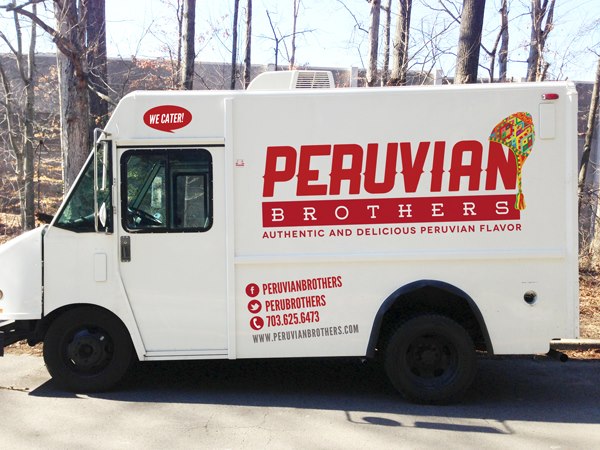 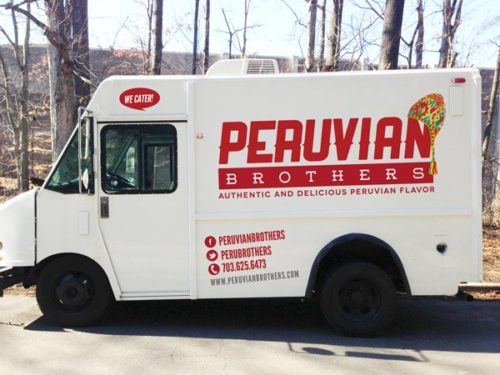 The brothers were born and raised in La Punta, Peru, where their father and uncle ran a different kind of mobile eateries: boat restaurants. That love for the water was passed down to the Lanzone brothers: Mario, 28, spent summers for the past several years captaining yachts in the Mediterranean. And Giuseppe, 30, competed with the U.S. rowing team in the 2008 Beijing Olympics and the 2012 London games, where his team finished fourth. He’s currently taking a year off from his rowing career to coach men’s lightweight rowing at Georgetown University.

“I’ve been thinking for a long time what can I do that can fulfill the same drive that I have for rowing,” Giuseppe says. Apparently, the answer is operating a food truck. Peruvian Brothers will serve items that the brothers say they most crave when they go back to Peru.

The menu will include five sandwiches, including a vegetarian option with avocado, tomato, and hard boiled eggs as well as a chicharron pork sandwich with baked slices of sweet potato and a criollo sauce made of thinly sliced onion, lime juice, and olive oil. Giuseppe says they spent two months tracking down bread that tasted like the bread they remembered in Peru, which they eventually found from Virginia’s The French Bread Factory.

The truck will also serve three types of Peruvian-style baked empanadas (beef, chicken, or spinach) as well as “specials” with a meat and two sides. Those meats include chicharron, asado (beef), chicken, and botifarra (a type of pork sausage). The sides include quinoa salad, mixed greens, mashed potatoes, and Peruvian-style wild rice with bits of bacon, walnuts, and raisins.

For dessert, there will be rice pudding; ice cream made of lucuma (a fruit found in the Andean valleys of Peru); and alfajores (a cookie sandwich with dulce de leche filling). Nothing on the menu will cost more than $10, Giuseppe says.

Peruvian Brothers is still in the permitting process, but Giuseppe says they hope to hit the streets of D.C. by the first week of April. 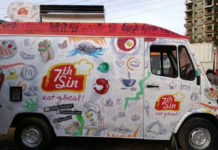