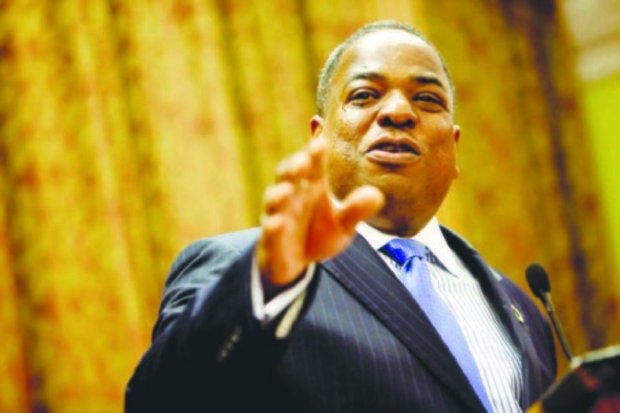 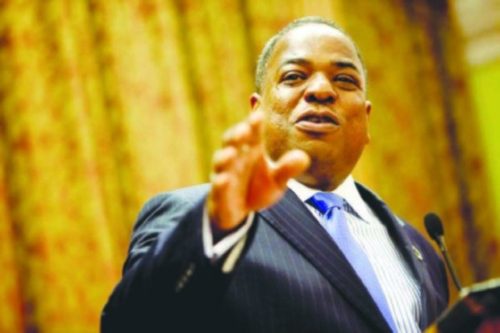 D.C. Council member Vincent B. Orange (D-At Large) says he will introduce an emergency amendment next week in an attempt to bridge the divide between food trucks and bricks-and-mortar restaurants and pave the way for new vending regulations for the first time in more than 30 years.

After meeting with officials from the Restaurant Association Metropolitan Washington, the Food Truck Association of Metropolitan Washington and city agencies, Orange will ask the council during its legislative meeting on Tuesday to ease some of the restrictions on food trucks in the Central Business District, where mobile vendors sell most of their meals. Although he has not yet heard any objections from the food truck and restaurant associations, Orange said, “you never want to be overconfident. Anything can happen between today and Tuesday.”

“It was tough,” Orange said about trying to reach a compromise on the vending regulations. “It was like being a dentist pulling teeth.”

Earlier this month, the council approved an emergency bill to pass the noncontroversial sections of the vending regulations and grant the legislative body the authority to amend the rules that will guide street vending in the District. Before the council passed the emergency legislation, it could by law only approve, reject or take no action on the proposed vending regulations.

With a June 22 deadline looming to decide the fate of the remaining regulations — most of which deal with food trucks — Orange hammered out what he hopes will be an acceptable compromise. One part of it deals with the proposed “mobile roadway vending” zones, where food trucks that win a monthly lottery would be allowed to sell for four continuous hours without violating parking laws. No other food trucks would be able to park within 500 feet of the zones. Orange will propose shrinking that buffer to “200 feet or directly across the street,” as a way to open up more of the Central Business District to trucks that don’t win a lottery space.

Orange also wants to soften a proposal that would prevent food trucks outside the vending zones from parking anywhere in the Central Business District where there’s less than 10 feet of open sidewalk next to the curb. The food truck association has argued that the rule would block vendors from most of downtown. Orange’s amendment would decrease the amount of required space to six feet.

Andrew Kline, legislative consultant for RAMW, said Thursday that the restaurant association would support Orange’s compromises. “He was persuasive that it’s time that we have something in place,” Kline said, “and we agree with that.”

“The six-foot [sidewalk] provision mirrors the absolute minimum for a sidewalk cafe, so at least there is consistency for a minimum, and we support that,” Kline added.

Che Ruddell-Tabisola, political director for the food truck association, said the group would not issue a public comment until it had time to study the regulations and amendments. The association had wanted to eliminate both the 500-foot buffer and the 10-foot sidewalk rule, arguing the former was anti-competitive and the latter was found in no other city in the country.

The association also wanted the District to revamp the lottery system to determine which trucks vend in the specialty zones; further, the group had asked city officials to develop criteria for how they would select locations for mobile roadway vending zones and determine the number of trucks in each. Orange’s emergency amendment deals with none of those issues.

The food truck association will meet with its directors Thursday night and talk to its full membership Friday to decide whether to support the regulations before the council.

If the regulations pass the council on Tuesday, Mayor Vincent C. Gray still has to sign them into law before the June 22 deadline. Pedro Ribeiro, spokesman for Gray, said the mayor’s office had not seen Orange’s amendment and would not have a comment. Gray has repeatedly said that he thinks the proposed vending regulations are good as is, without any amendments.

“We have always said that we thought our regulations struck the right balance with all the parties,” Ribeiro said.