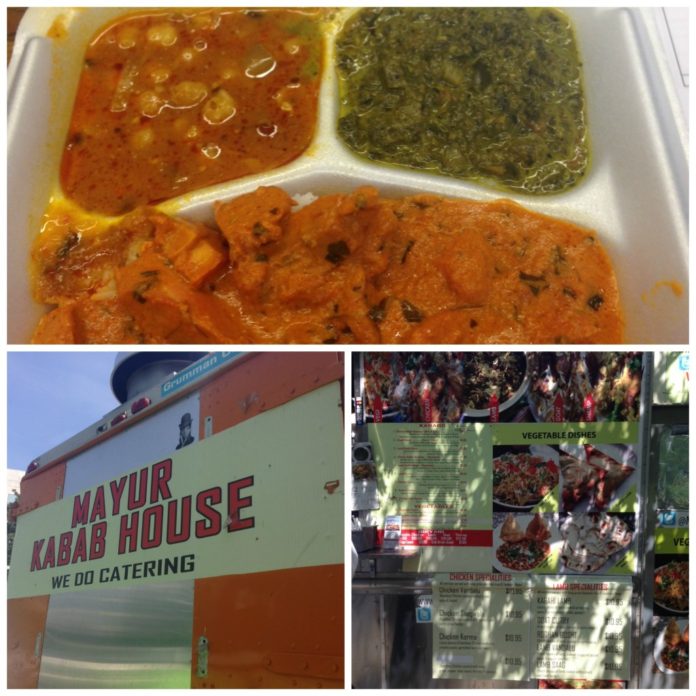 By Marguax Price  |  The DC Ladies 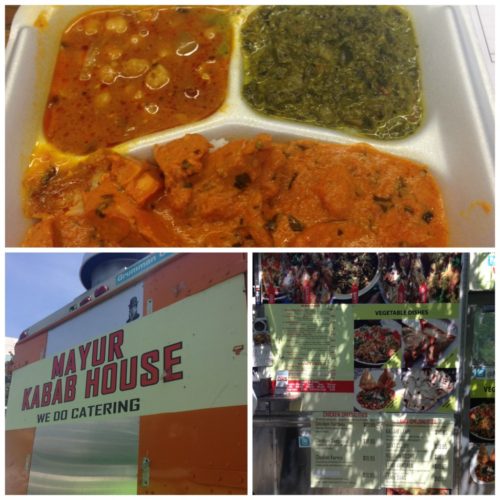 The truck has kababs in three different proteins: chicken, steak, or lamb.  They also have lamb or chicken curry, butter chicken, and chicken tikka masala.  The meat dishes come with two of four featured vegetables, rice, and naan bread.  They also have chicken or lamb kabab sandwiches which are served on naan bread with lettuce, onion, green peppers, and tomatoes.   For vegetarians or veggie lovers they have a vegetable platter which features the four vegetables the truck offers along with rice and naan.  Their other vegetarian option is vegetable samosa, a stuffed pastry with potatoes and peas, which can be served alone or as a platter with chickpeas and sauce.

The day I visited the truck they were featuring spinach, lentils, chickpeas, and cauliflower as their four vegetables.  I am a sucker for butter chicken so I went with that with spinach and chickpeas.  The service was super fast and I received my food within two minutes of ordering it.  Butter chicken is chunks of grilled chicken in a tomato-based curry sauce.  There was a nice serving of the chicken over a fluffy bed of white rice.  The chicken had a nice spice to it but not overly spicy.  The chickpeas were tender and also had a slight kick.  The naan was toasted and warm and was a perfect vehicle for the yummy curry sauce.  But what I was really pleasantly surprised with was the spinach.  I have had spinach from several Indian restaurants and food trucks and this was by far my favorite.  It was creamy and spicy and I could have eaten a whole platter of it.  I would definitely go back and get the all vegetable platter just to get a bigger serving of the spinach.

Look for Mayur Kabab house on Twitter or check out their restaurant on K Street NW.